Tenacious D - Rize Of The Fenix 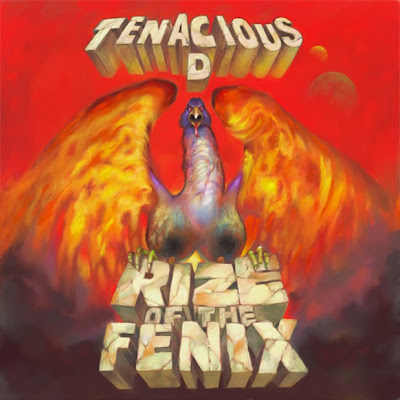 Tenacious D will never die!
Thats the message on this fantastic,  amazing fantasy video, which is full of dreamed up scenarios. 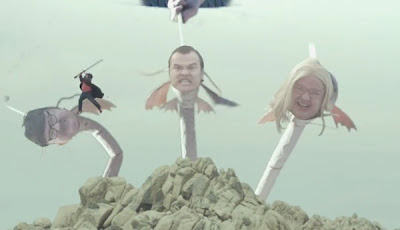 As usual its brought in with a very great tune!
I just love them, love to see their creativity in both video, lyrics and music.
What we might didnt knew is that John Konesky plays electric guitar, John Spiker and Dave Grohl on drums, thats something huh ! 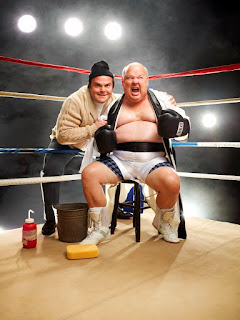 Jack Black stated on David Letterman that he had an idea for a song called "Rize of the Fenix", which he described as a "rise from the ashes" workout song similar to "Eye of the Tiger".
Then it came :D 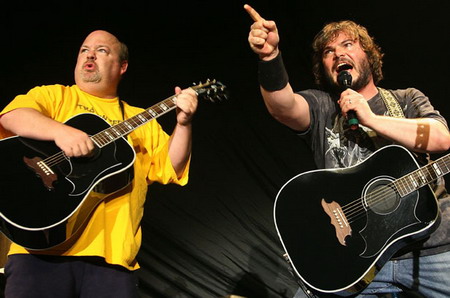