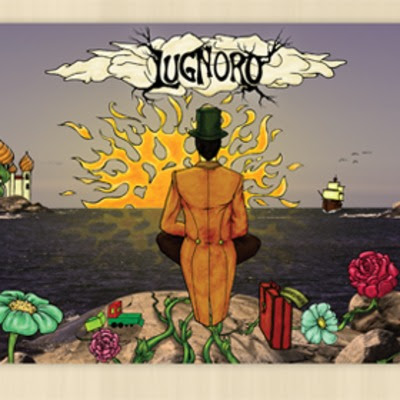 Lugnoro is a Swedish progressive rock band, was founded in late spring of 2007 by bassman Antti Remes and guitarist Emil Rolof, after putting their previous project "The Earth Machine Band" to sleep. The band plays an 70s style of progressive rock were the songs rely heavily on guitars and Hammond organ and mellotrons. The lyrics is sung in their native tung Swedish, and takes on topics that encourage reflection. If a comparison would be made, then bands like Abramis Brama, Horisont be mentioned. 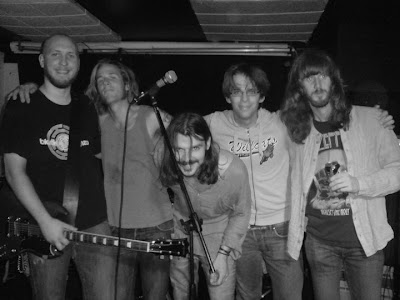 The band had in their beginning struggle to find a drummer who worked out. The band decided to record a demo anyway. With Antti (ex-drummer) behind the drums, the bands first EP was recorded in january -08 at the "Vintage Loft" studio with Anders Rane engineering. Antti moved to Finland in may -08 to pursue a career in boat construction. Shortly after, the band recruited Kim Stockfelt (bass), Mikael Edebro (keys) and Carl Baumann (drums). With this constellation the EP "Tellus" was recorded in march -09. Since then the band has gone through a change of bass player, and now filling the spot is Filip Lange. During 2011 the band has been recording their debut album "Annorstädes", which is now released on Ozium Records. I can really recommend this album. Do you like this kind of music, buy now! I hope that they will press up this on "Vinyl". Todays tune "Familjen" is taken from the "Tellus" ep, but the tune is also on the debut album "Annorstädes".

Same tune, but sound only.