In Mourning - A Vow To Conquer The Ocean 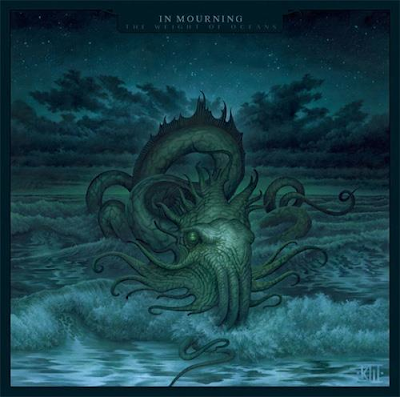 Friday again :) time just runs away. Today was Thetania supposed to give you guys a report off gig that was on Wednesday, but had to do a job this evening so it will most likely be posted tomorrow.

But do not worry, I got some ear candy for those of you who like a bit more on the progressive direction, laced metal with interspersed of death, sounds like a well-prepared steak and this is exactly what it is.

In Mourning is a progressive death metal band from Falun, Sweden. They are currently signed to Spinefarm Records. Their latest and third album "The Weight Of Oceans" was released on April 18, 2012. Their two previous albums have been well received by the metal community, but this is my first encounter with the band and I like this. 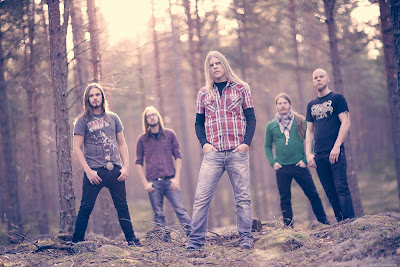 Todays tune "A Vow To Conquer The Ocean" is taken from the latest release "The Weight Of Oceans", enjoy! The album was recorded in sessions during the period August – December 2012. Recorded, mixed and mastered in Abyss and Black Lounge studios in Grangärde, Sweden, with engineer Jonas Kjellgren. Cover art by Kristian Wåhlin, additional layout by Björn Pettersson. Photography by Mattias Lindström.

I could not keep myself ... just ordered "Shrouded Divine" on vinyl, there are 500 copies made, buy it at Kolony Records and "Monolith" available only in 250 copies, released by Pulverised Records.

Listen to ”In Mourning - A Vow To Conquer The Ocean" on Spotify here!