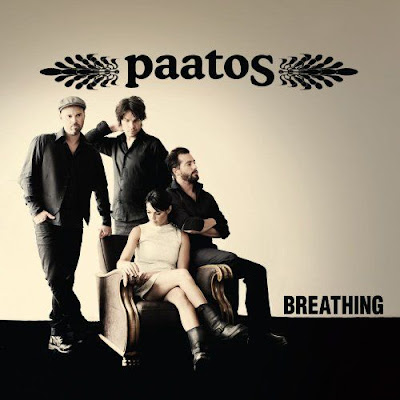 Saturday, a fantastic day, almost as if you could say that it's summer, it smells like summer anyway, the sun has been on firmly ... almost that you got burned off during the afternoon sun.

After a rather rough week, music wise, I thought turning down the tempo a bit, last night when I stood and painted, I played an album with the band Paatos, incredibly beautiful, a transmitter board that makes you hungry for wine strangely enough, however it ended up with a beer instead.

Paatos is a Swedish rock group based in Stockholm, that consists of Petronella Nettermalm, Ricard "Huxflux" Nettermalm, Peter Nylander and Ulf "Rockis" Ivarsson. Paatos was formed in August 2000. Paatos is usually classified as progressive rock, albeit influenced by bands such as Portishead and Massive Attack. Paatos has described their own music as Cinematic Rock, despite their reluctance to categorize or pigeon-hole their musical expression. 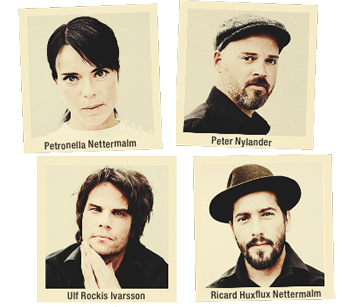 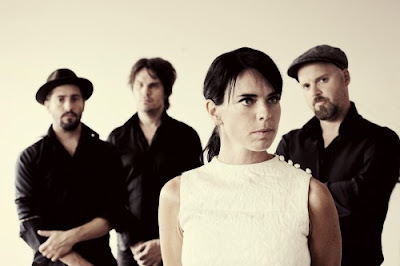 Everyone in the band is both composer and lyricist, contributing to the entire musical process and bringing their own influences to the studio. After many years of collaboration the result is a creative entity standing on eight legs. Much time is spent in the studio and meticulous work is put into each recorded track. However, Paatos never loses sight of their ideal of being a killer live act. Delivering the music on a stage before an audience is without doubt a primary focus for the band.

The band released the EP Tea/Perception in spring 2001. The following year, the band composed and performed music for the soundtrack of the festival film Nosferatu, and released their debut album, Timeloss. The album was mixed in Atlantic Studios by Jan Hansson. Tea and Perception finally were recorded live on Goran Freeses studio and was launched as an EP with the same name: Tea/Perception (2001), in the beginning of the spring of 2001.

It was announced in April 2009 that Stefan Dimle and Johan Wallén had left Paatos. In December of the same year, it was announced that the band has a new member, bassist Ulf "Rockis" Ivarsson. In 2009 Paatos starts writing and recording music for their fifth album, Breathing. This feature their new bass player, Rockis. Their collaboration with Inside Out ends and they sign with Glassville Records in Holland. In conjunction with this release Paatos makes a video of the first song of the album, Gone.

Todays tune "Gone" is taken from their 2011 album release "Breathing". The Video was Directed by Staffan Kihlbom & Petrus Olsson.