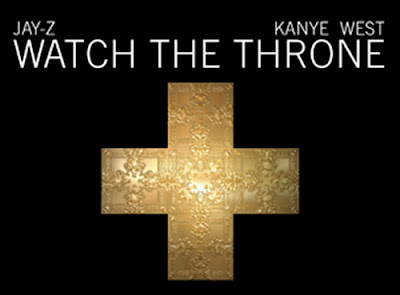 Jay-Z and Kanye West was in Stockholm, Sweden, singed for a filled up Ericsson Globe.

It was 2 stages, and a liftup stage on both of em, with a video screen around it when it was lifted up.
The Security was very high...One of the harderst Ive worked on.

This is not my cup of tea, but I must say my body moved anyway even if I tryed to stop it  haha. 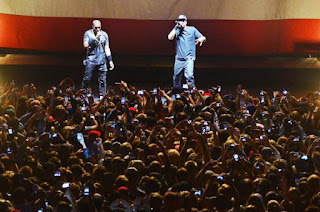 Their album Watch the Throne is a collaborative studio album by American rappers Jay-Z and Kanye West,  that was released in August, 2011.

Jay-Z is one of the most financially successful hip hop artists and entrepreneurs in America, having a net worth of over $450 million as of 2011. He has sold approximately 50 million albums worldwide, while receiving fourteen Grammy Awards for his musical work, and numerous additional nominations. His real name is, Shawn Corey Carter. Kanye West is an American musician, film director and fashion designer. West first rose to fame as a producer for Rock A Fella Records where he eventually achieved recognition for his work on Jay-Z album The Blueprint as well as hit singles for musical artists including Alicia Keys, Ludacris, and Janet Jackson His style of production originally used pitched-up vocal samples from Soul songs incorporated with his own drums and instruments. His real name is Kanye Omari West.


Here is the setlist: 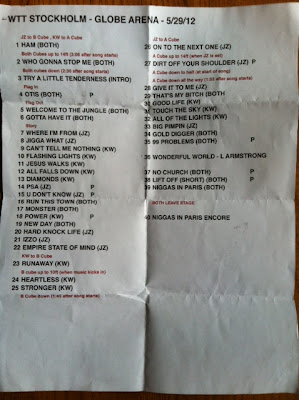 Ladys and Gents, Here is Jay-Z and Kanye West,

You really make it seem so easy with your presentation but I find this topic to be
really something that I think I would never understand. It seems too complicated and extremely broad for me.
I am looking forward for your next post,
I will try to get the hang of it!
My site : New Music