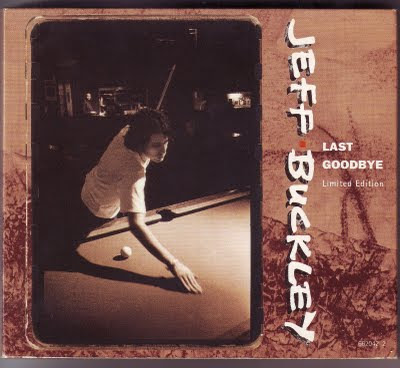 Just returned from a short little trip to the northern part of Sweden and my home town for burial of my dear mother. Funerals are among the toughest things you can go through, especially when it is a close relative that passing away.

Starting with that one cries when you're in church, crying even more when it's time to lower the coffin into the soil, where after you eat and then you laugh, very strange really, but that is how it works in Sweden. But it was good to take a last farewell, and hope that I do not have to visit more funerals in a while. So with this song i say Goodbye mum, rest in peace, have a good one.

Todays tune "Last Goodbye" is the third track on Grace by the singer-songwriter Jeff Buckley. It is also his second video. This song was originally titled "Unforgiven"; as stated on his official website by his mother, Buckley went through a metamorphosis with many of his songs, and it is evident when one hears early versions of "Unforgiven", one of which can be heard on Live at Sin-é (Legacy Edition), and the final version of the song heard on Grace. 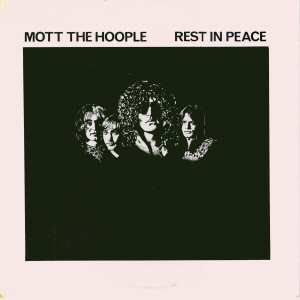 Ian Hunter - Rest In Peace, London Astoria (2004) A tune by Mott The Hoople taken from "The Hoople"(1974) out-take was B-side on "Golden Age of Rock n' Roll" single. Ian often opens the show with this song that holds up so well 30 years on. This tune will sum up the last farwell from me to my mum.

Listen to ”Ian Hunter - Rest In Peace" on Spotify here!