Metallica - The Call Of Ktulu 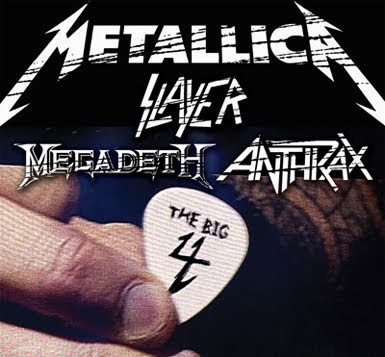 Today we take a look back at the weekend when the Big 4 made a stop in Sweden and Gothenburg.
Big 4, which consists of bands Anthrax, Megadeth, Slayer and Metallica. Black on white it becomes a very interesting combo. Though it feels almost like it's Metallica with three support bands. Live it was a little as like that, Anthrax felt a bit tired, Megadeth was not a big shot, but Slayer delivered as usual, it was fucking great, really good job there guys, then there only was Metallica left. If this would have been a, one of a dozen gig, then i believe Slayer would take the trophy.

When I was standing and watched Slayer people begun to take pictures of me and I started to wonder, whats wrong? Do I have something caught in my bear or what is this?
Then I turned around, there was James Hetfield standing right behind me, in a Ghost t-shirt and played air guitar. (Ghost is a Swedish band) 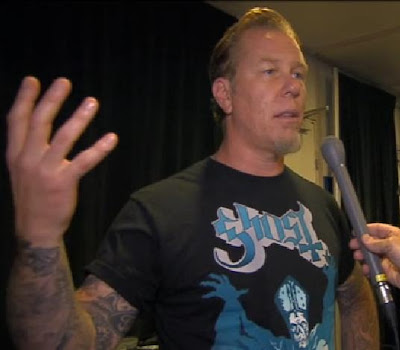 When Slayer ended their show I took a run in to the local dressing room and pulled the harness on me, you need to wear it when you are climbing up the delay towers as they are kinda tall, (see picture below) i was going to do the follow spots on Metallica. I finally got through the chock-full audience and climb the high tower to take my place before the gig to check that the spot is working as it should and all the color filters are set as they should. (Metallica have 12 spots, 3 per person (four spots located in the backlighting tross on stage and eight front-spots attached to the two delay towers) this is kinda high amount of spot lights.) 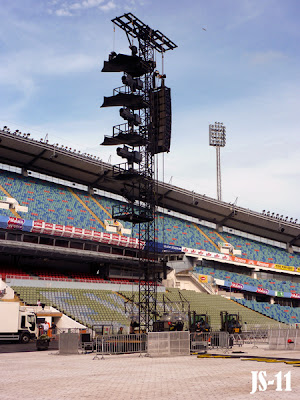 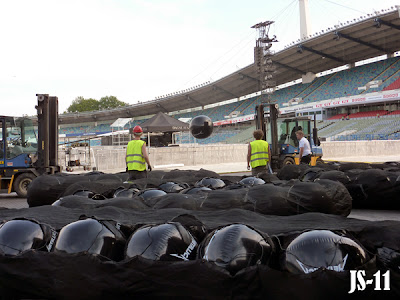 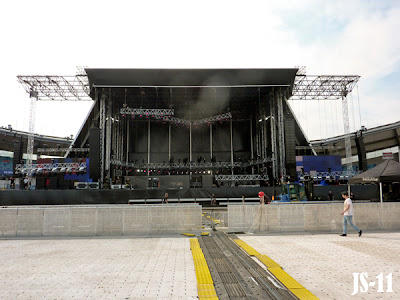 55 696 people screamed very load as soon as a tone from the stage when the soundcheck is going on before the show, incredibly powerful. When it was time to kick off the evening's final act and ”The Bad, The Good, The Ugly" is displayed on screen and they walk up on stage, damn!! A thunderous start with the classics "Hit The Lights", closely followed out "Master of Puppets" they have shown that these four guys are really the "Big 4" that evening. Metallica goes on with really important goodies like "Seek and Destroy", "Welcome Home (Sanatarium)" and "Ride The Lightning". The instrumental "The Call of Kthulu" get the hairs rise on my arms which is also followed by the "One", with a grin on my face i continues to light on my heroes. Throughout Metallica did a really good show and showed that they really are as good as they should as a headliner band and can deliver an awesome show. With lots of pyro, flames and an awesome light show. A star to Lars that played the almost error-free gig this evening. 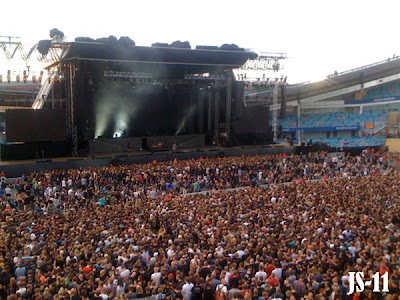 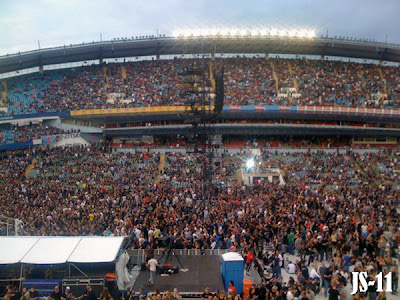 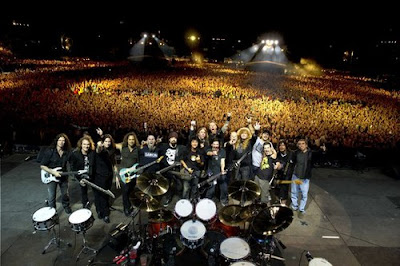 Todays tune is ”The Call of Kthulu” taken from the second studio album ”Ride The Lightning”. It was released on July 27, 1984.

Here is a great video from a friend of mine (Danny Williams) that was on the stage roof releasing the air filled beach balls.