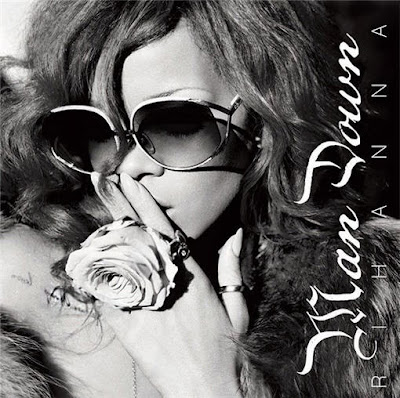 Still up in the north, the weather has been great and the grass is finally down, god what job it has been, not so easy when the grass has grown into a field and almost three feet high, but a good neighbor on the island next lent his lawnmower machine and then it became like a children's play. During this time, the portable radio has been our entertainer during this time, the Swedish Radio P3 have been the channel mostly, which can be quite entertaining sometimes, the music is of course however very variably and not always great, however, turned out it suited the kids brilliant, especially the younger one and one song got the kids to dance. With a lot of fuss, have they managed to persuade me to post their summer favorite today, so heck, here is it, but for tomorrow i will have something really cool that i found.

Todays tune "Man Down" is a song performed by Barbadian recording artist Rihanna, taken from her fifth studio album Loud (2010). The song was written by Shama "Sham" Joseph, Timothy & Theron Thomas, and Shontelle Layne. Reception of "Man Down" has been positive, with critics calling it a comeback of Rihanna's Caribbean-tinged rhythm. The song is also included on the set list of the Loud Tour. 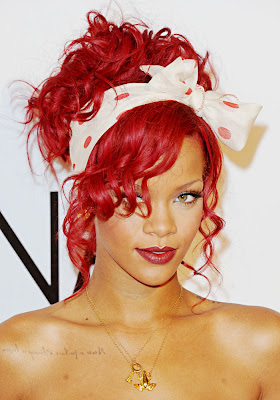 The music video for "Man Down" was shot in Jamaica in April 2011, and was directed by Anthony Mandler, who worked with Rihanna for most of her music videos. On May 1, 2011, Rihanna posted three images from the shoot via Twitter. One of the images showed her on a beach wearing a white Dolce & Gabbana dress, while another image showed her riding a bike in Portland Parish. In an interview with MTV News on May 16, 2011, Mandler discussed the music video more in depth: 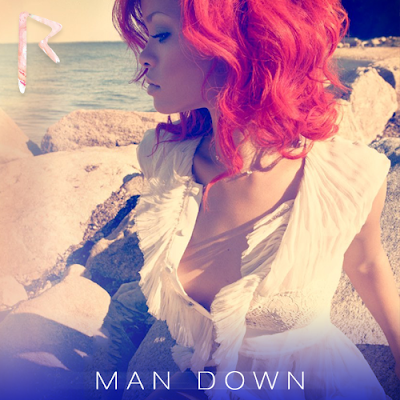 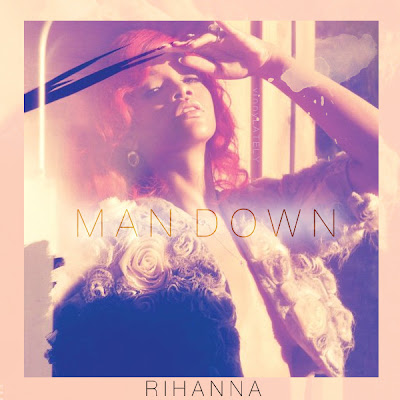 "We shot the video last month in Jamaica and it's my favorite song she's ever recorded, so I was really excited to get involved. And it's just one of those songs that demands a strong narrative and visual, and let's just say she let me go all the way. So I think you can expect something that's dramatic and shocking and intense and emotional and uplifting and enlightening.”

Here is some dates from her fourth concert tour ”Loud Tour” Performing in over twenty countries in the Americas and Europe, the tour will support Rihanna’s fifth studio album, Loud. 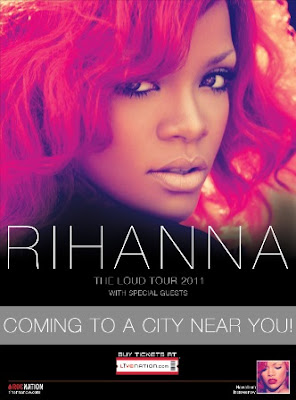 "Only Girl (In The World)"
"Disturbia"
"Shut Up and Drive"
"Man Down"
"Darling Nikki" (contains excerpts from "S&M")
"S&M"
"Let Me"
"Skin"
"Raining Men"
"Hard"
"Breakin' Dishes" (contains elements from "The Glamorous Life")
"The Glamorous Life"
Medley: "Run This Town" / "Live Your Life"
"Unfaithful"
"Hate That I Love You"
"California King Bed"
"What's My Name?" (contains elements from "Touch Me, Tease Me")
"Rude Boy"
"Cheers (Drink to That)"
"Don't Stop the Music"
"Take a Bow"
Encore
"Love the Way You Lie (Part II)"
”Umbrella”

Listen to ”Rihanna - Man Down" on Spotify here!