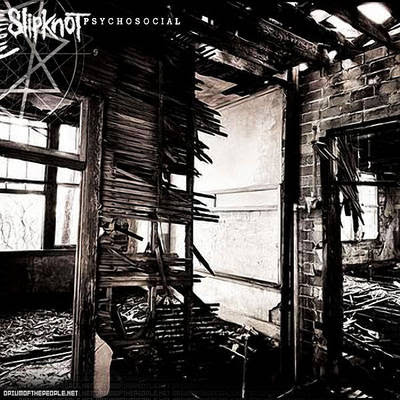 Today I thought to mention some impressions from Sonisphere festival that took place this weekend. This is the third year this festival is held here in Sweden, this is also the third year that I've been working with it in one way or another. The first time it was in Hultsfred (South Of Sweden), second year on the ”Stora Skuggan (Big Shadow)" outside Stockholm, and this time it became a city festival almost in the center of Stockholm, when the area around the Globe was used for this eminent one-day festival.

Due, of much work at the beginning of the festival with various fix various I missed both SEVEN TRIBE and DEAD BY APRIL, no major loss i think, you could hear the tunes in the background. I did however got the chance to see a few songs with my Norwegian favorites KVELERTAK that cleared the net and brought back to life of the sun drowsy audience with their groovy mangle. A band that I prefer to see in a smaller environment such as the venue they had last time in Stockholm, Debaser Slussen. Unfortunately I missed the GRAVEYARDs gig, but ran into them in the hallways, nice guys indeed. MASTODON was to my satisfaction, and I managed to see around four songs before it was time to run away again. ARCH ENEMY did in my opinion an awesome gig, Angela Gossow is the woman with the power to get the usual deadly to fall like skittles. AIRBOURNE had a full blast from beginning to end and showed that they can rock like hell, fun to watch actually. IN FLAMES is always great to see live, but it was a shame that so few new songs were played, the new album is really high class. But as always, great to meet the guys behind the band, Biffen, Morgan Brown, Tobbe Berg, Fish and others. MUSTASCH I did not see, but i did hear them.

The festival's climax and headliner, SLIPKNOT have the honor of ending the stripped down Sonisphere this time, as they do in a brilliant way, enough crazy to stick around and enjoy the spectacle.

Paul Gray, who passed away a little over five years ago was hailed by his dress, it was hanging on the stage and his stand in was hiding behind it all. The show was pretty emotional, but crazy, just as one would expect from the guys.

Here is some pictures from my camera. 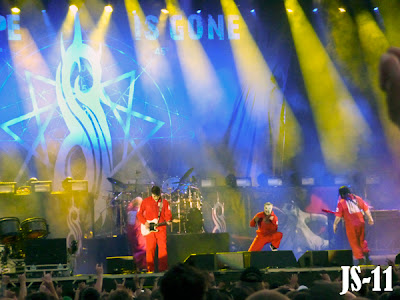 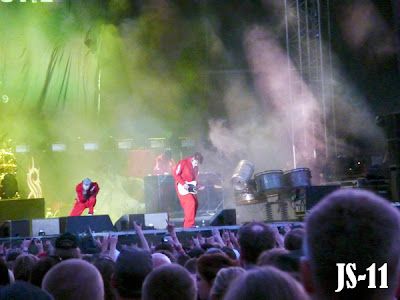 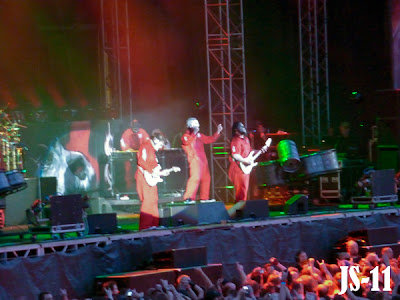 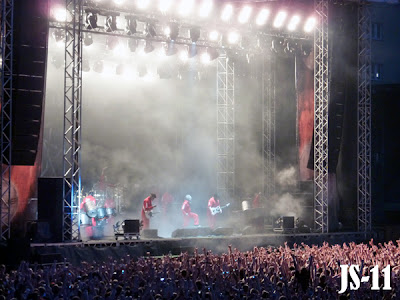 Here is some pictures from my friend and the great photographer Micke Sandströms camera. 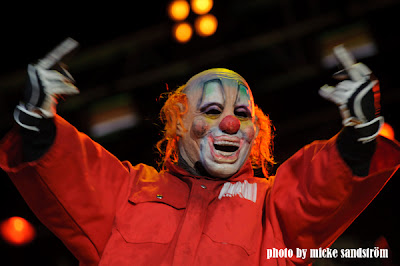 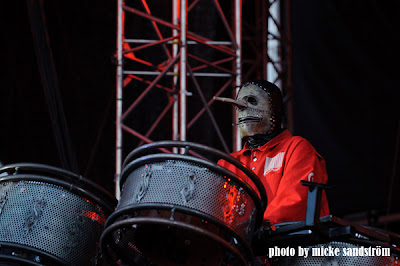 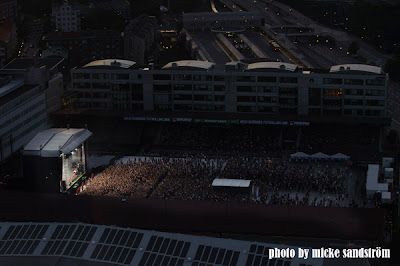 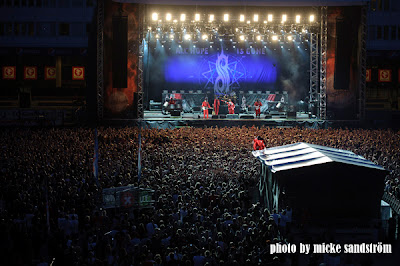 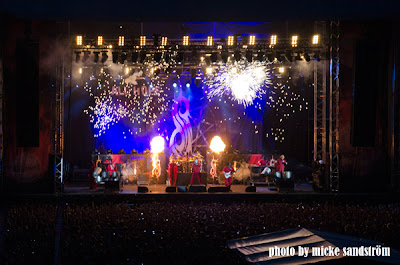 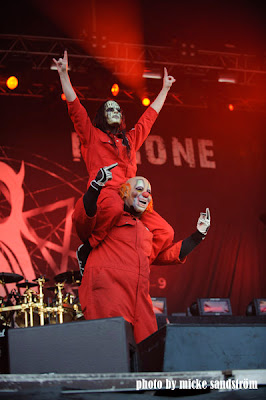 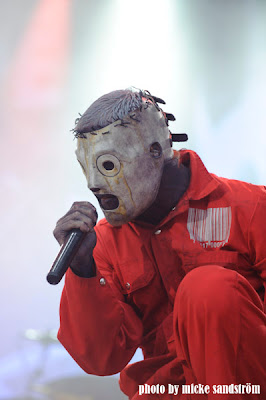 Todays tune "Psychosocial” is the second single and fourth track from their fourth studio album, "All Hope Is Gone”. Percussionist Shawn Crahan told The Pulse of Radio what he could regarding "Psychosocial", saying, "One thing I can feel is like that song has got a lot of, I would say social anxiety. It's got a real good tempo. It's really fun and it's different. I think most of the stuff that we have is different.”