The Swedish band Europe are currently doing a tent tour with another Swedish band called Takida at the moment in Sweden. 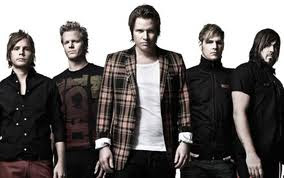 If ure unsure about Europe thats the band that played "final Countdown" 1986.
Back then I wasent that huuge fan of em but im not like some that never give a band a chance after they reunion again, the first album was damn good, next was damn good and the third next was also darn good :) 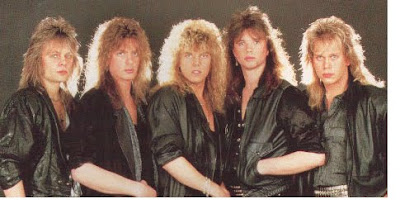 I have a good suprise to you all Europe fans:

"EUROPE HAVE CONFIRMED THAT THEIR NEXT STUDIO ALBUM SLATED FOR APRIL 2012 RELEASE, WILL BE PRODUCED BY THE WORLD'S HOTTEST ROCK RECORD PRODUCER, KEVIN SHIRLEY." 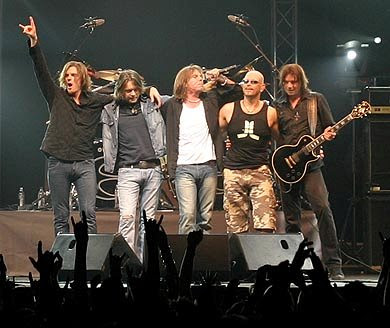 I thought I play one tune from that last album, "Last Look At Eden".
Ill keep it short today cos Im on a frecking vacation in the vast north of Sweden where the mosquitos live and they are many the damn bastards :D

Wanna know more about Europe click here to come to their homesite.

Listen to ”Europe - Only Young Twice" on Spotify here!