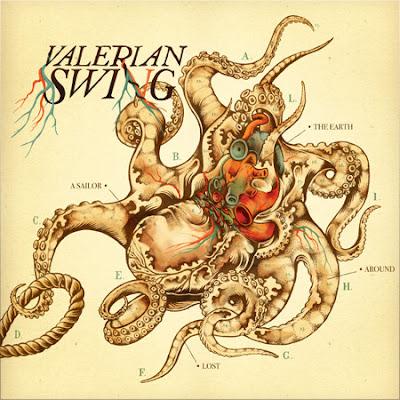 To find new bands are always fun, to find bands that really appeals to one even more enjoyable. By coincidence, I ran into this band, highly interesting, I must say, an order of their new on vinyl will be made as soon as I return home. So this will be a Tune Of The Day tip of a new record. 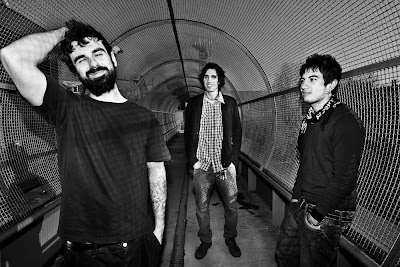 These guys hail from Italy and are certainly new to most listeners around here. The band was formed in Correggio (Italy), a few years ago. Valerian Swing are an instrumental band with occasional vocals, always driven by an eclectic and experimental musical vision. It’s based loosely on a lot of that instrumental/post-rock type stuff, but with an aggressive and frantic take on it. It’s tight and dynamic.

They released a 4 tracks Ep in 2007 and one year after the debut album: "Draining Planning For Ears Reflectors”. The new and latest record “A Sailor Lost Around The Earth” was recorded and produced by Matt Bayles (Mastodon, Botch, ISIS, Minus The Bear) at Red Room in Seattle, WA.

Guest appearance in their new record is the internationally acclaimed trombonist Gianluca Petrella. 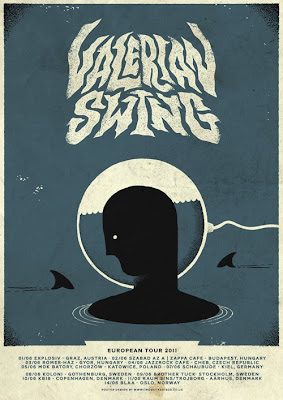 SubSuburban Recording Company take care of the vinyl release which included a 7” with special remixes from Simon Scott (former Slowdive) and Isan.

Todays tune is ”Le Roi Cremeux”, taken from their latest and 2011 release “A Sailor Lost Around The Earth”

Check out their debut of Valerian Swing in the form of the mighty A Sailor Lost Around the Earth on Spotify!