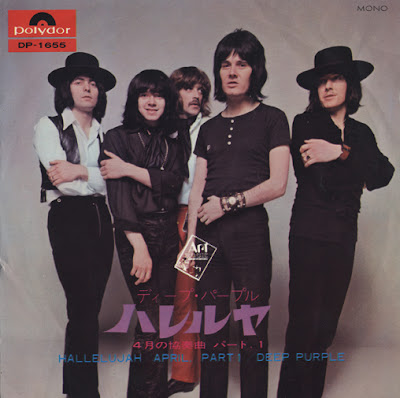 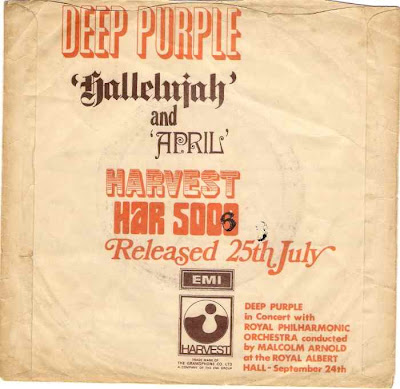 Deep Purple 2:nd lineup’s breakthrough wasn't as overnight as that of for the 1:st, but had a much more lasting impact when it came. Episode Six bandmates Ian Gillan and Roger Glover joined in secrecy. Gillan exemplified the kind of powerful and vocally agile singer that the band sought to develop their harder rock sound. Glover came along at first on a session basis, but quickly impressed with his natural grasp of writing, and was snapped up to complete the new Deep Purple. 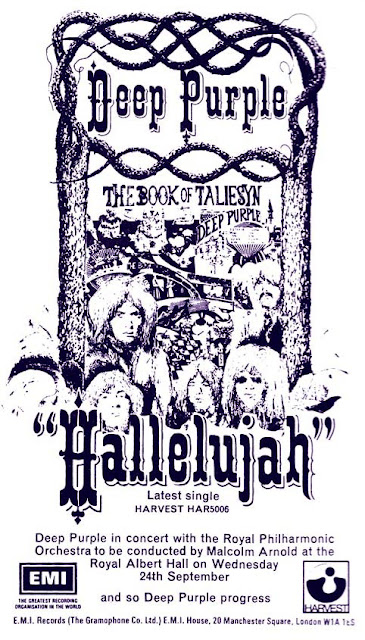 The first ”Deep Purple” single from the 2:nd lineup or the 5th in order, 'Hallelujah', was very much as a first lineup throwback, and disappeared without trace (as had all Deep Purple's UK singles to that point). The line-up's first live gig was in front of a tiny audience at London's Speakeasy Club on July 10th. Inspired by their live chemistry, and with the quality of the music being written, the band gigged intensely in the UK and mainland Europe over the next 12 months, gaining an almighty live reputation. Their profile was also raised (if not in the way they all hoped for) by a performance of Jon Lord's rock / orchestral crossover 'Concerto For Group & Orchestra' at London's Albert Hall in September 1969, a piece that the rest of the band only came to appreciate in later years when it was no longer seen as a threat to their hard rock direction. A live album of the night was also their first top 30 UK chart entry, and the show was broadcast on BBC TV.

Here is a very early clip of the tune, enjoy!