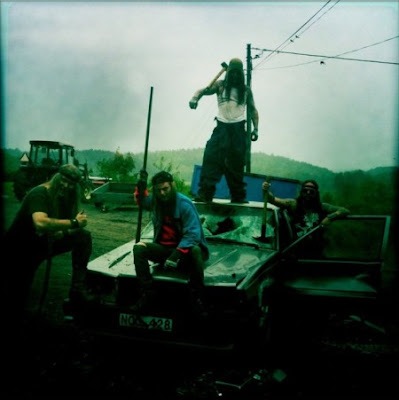 Wolf is a heavy metal band from Örebro, Sweden. Formed in 1995, the band has since released five albums and toured with Saxon, Tankard and more recently, Trivium.

Swordbrothers and Steelsisters, you perhaps already heard the sad news that Axeman left Wolf and Simon Johannsson (Memory Garden , Bibleblack) took over the 6 string axe for the upcoming festivals and the great tour with Firewind in September. So here’s your last chance to see Axeman in full action with WOLF! The official video for ”Skull Crusher” from the brand new album ”Legions Of Bastards” was produced by Morning Star Productions, also responsible for the video ”Hail Caesar” from the previous album ”Ravenous”. 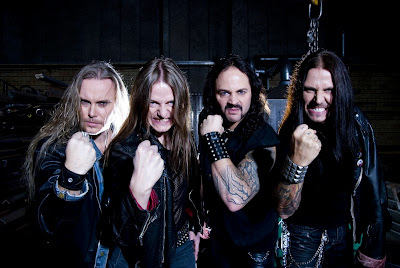 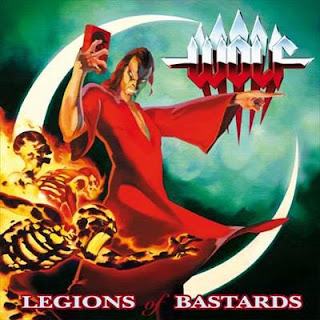 Niklas Stålvind (vocals and guitars) in his own words: ”We have never had so much fun making a video as we had on this one. Smashing a car into smithereens is something we always wanted to do without cleaning up after us or get in trouble with the police. It was the best exercise/therapy you could ever wish for. I felt like I was 10 kilos lighter in both body and spirit afterwards. We had to work hard to demolish it good. A Volvo is made in Sweden and hard to tear apart - just like this Heavy Metal band. This one is for all the skull crushing metal heads out there - We salute you!”

And you can see a short introduction to Simon in this WOLF Bloodstock trailer:

So get your clogs and beer and jump on your tractor to see WOLF live on the upcoming shows. Or just die on your stinky sofa while the world rocks out with a **** out! METAL!