Red Hot Chilli Peppers is, the lead singer Anthony Kiedis, bassist Flea, drummer Chad Smith and guitarist Josh Klinghoffer. With nearly 30 years as a band, and one of the most important and biggest rock bands in rock history, the Red Hot Chili Peppers in the recent decades got so many hooked on fans all over the world, in every camp, with its peculiar mix of psychedelic rock, punk and funk. They are finally back with their long awaited tenth studio album "I'm With You" which is released on 31 August 2011. 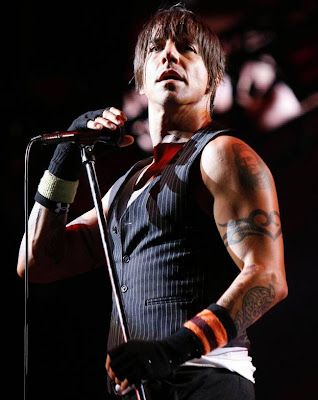 The album was recorded at East West home in Los Angeles and at Shangri-La in Malibu. The producer is noone less than Rick Rubin who has worked with the band in five of their previous hit album, Stadium Arcadium (2006), By The Way (2002), Californication (1999), One Hot Minute (1995) and Blood Sugar Sex Magic (1991). 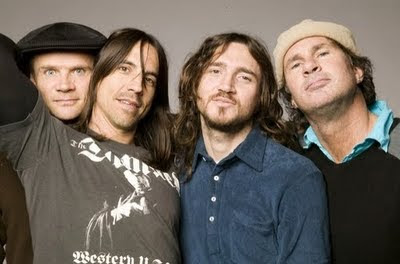 "I'm With You" is the band's first new album since the double album Stadium Arcadium, which went right into the first position on the album charts in over 28 countries. It was the band's first # 1 album in the country. The album included three modern rock classics Dani California Tell Me Baby and Snow (Hey Oh). This was followed by a world tour in 2007, where millions of fans around the world got to see the band in a dazzling live show. The sold-out arena tour reached Europe, North America and Japan.

The cover art for Red Hot Chili Peppers upcoming album, "I'm With You" has now been released. Keeping things simple, the cover art features work by English artist Damien Hirst. This isn't the first time that Damien has worked with RHCP, he also created the artwork for one of Flea's custom fender bass guitars. 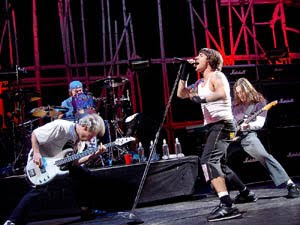 The tour looks like this:
(UK and Ireland dates are to be announced soon)


Lets hear the tune, this time only audio, Enjoy folks!