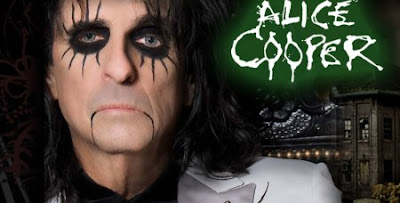 Alice Cooper was in town Tuesday evening
(after playing golf with a Swedish tv personality).

He did a great gig, I worked with Pat, a great guy that worked with different creatures and stuff like the guillotine :) He was really nice. See him and me on the pic :D 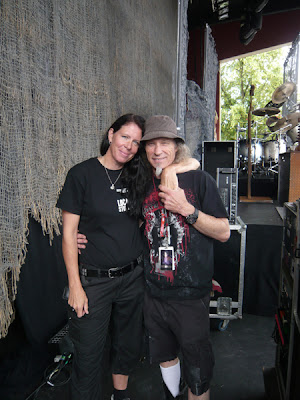 Alice begun the show by standing on a big ladder. 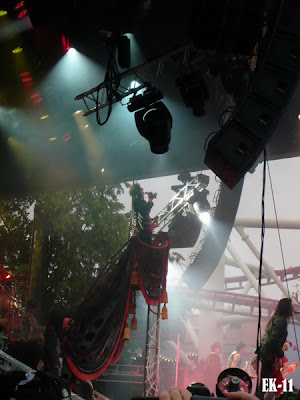 The guitar players really take their space on the stage and seems to be very tight, young lads but really into the Alice Cooper nightmare ;D

Alice brought his big snake with him and it hugged him under a part of the show. :)
He also took the snake with him on the meet and greet with his v.i.p fans, My friend the photographer Sofia was one of them who got to meet him :D See Below. 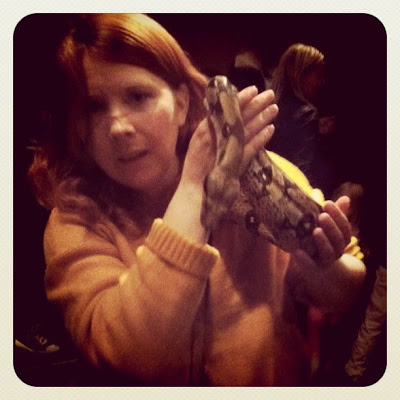 And they met Alice of course :) Here is Sofia, Alice and Linnea. 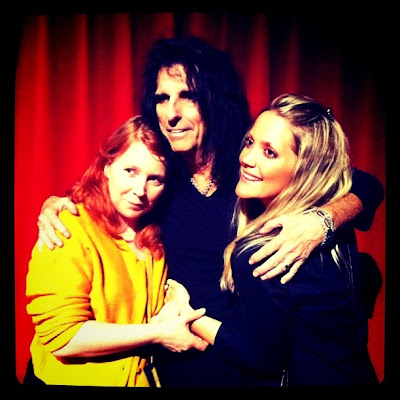 They do got a thing for painted dolls :p 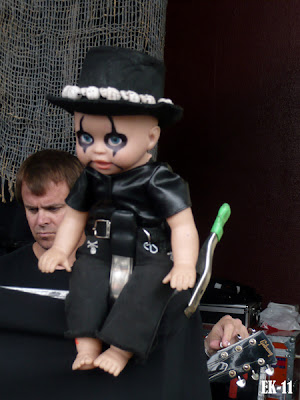 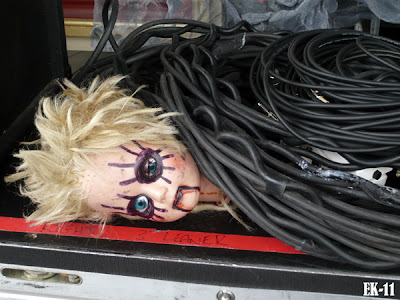 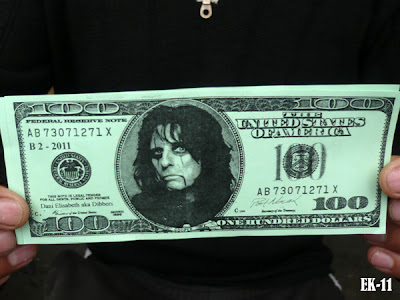 I heard that he is gonna let out a new album early this year, but it got postponed,
the idea for the album came about soon after the thirtieth anniversary of the original Welcome to My Nightmare album, while Cooper was talking with producer Bob Ezrin, who proposed the idea of a sequel to Welcome to My Nightmare. Cooper liked the idea, and decided to recruit previous members of the Alice Cooper band. The concept of the album was described by Cooper as "another nightmare, and this one is even worse than the last one." Cooper said that he had originally intended to make a sequel to his 2008 album Along Came a Spider, but decided to make the Nightmare sequel after Ezrin explained that he "wasn't really into it."

The album was completed sometime during early 2011, with Cooper announcing its completion in February 2011 on his radio show, Nights with Alice Cooper. It was first scheduled to be released late in 2011 on Bob Ezrin's Bigger Picture label as part of a deal involved marketing, touring and production work by Bigger Picture for Cooper in the future. The release was then delayed until some time in 2012 due to Cooper's touring commitments, however it has most recently been brought back forward for a September 2011 release.

Here are some more pics of the show.
(I couldnt get a good pic as it was so crowded.)

Alice Cooper ended off as a fan to Sweden! 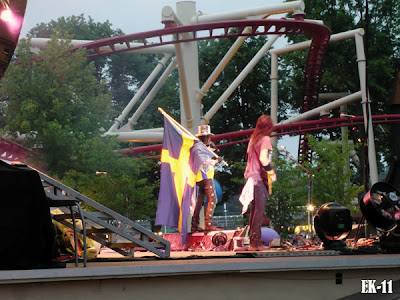 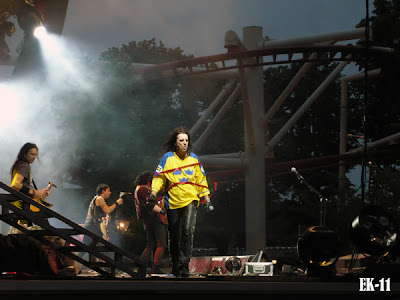 Here is some other taken under the show. 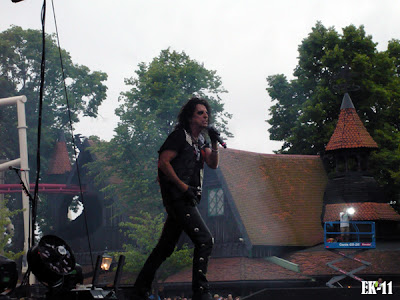 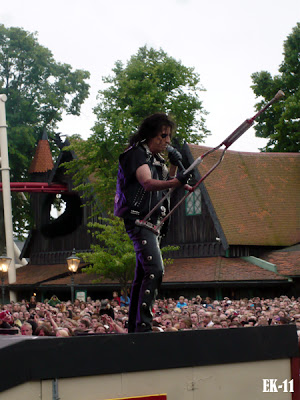 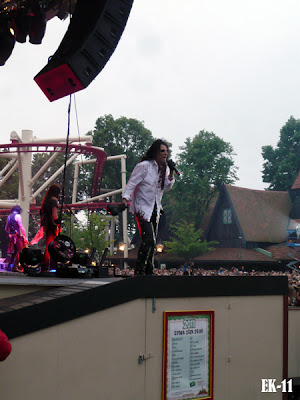 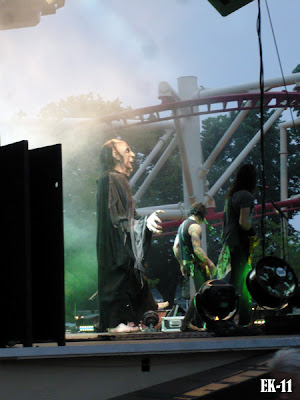 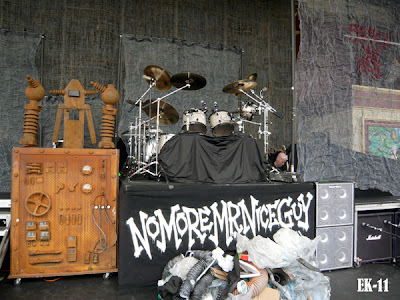 Folks here is Alice Cooper and a tune from his comming album "Welcome 2 My Nightmare".