There are many releases this year in the sign of Rock/Metal music.
One of them is Trivium they release their album "In Waves" on the 9th of August.

This album will be the first record to feature new drummer Nick Augusto after previous drummer Travis Smith departed in 2009. In various interviews, the band has stated that the album sounds closer to the style of Ascendancy than the style exhibited on The Crusade and Shogun. 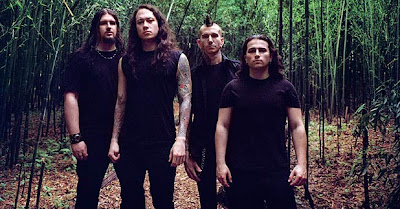 The first single from the band, "In Waves", was released on May 21.
Its pretty catchy and kinda cool.

If u dont know ure Trivium its a heavy metal band from Orlando, US.
They were formed in 1999 and released 4 albums, the latest came out 2008. 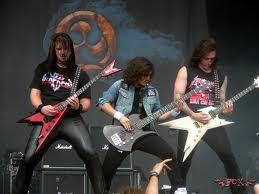 They are out on a very vast tour back and forth on the globe plz click here to see.
They are the support band to my favorites In Flames in Sweden :D.

Okey gurls and guys here we are, In Waves!

Listen to ”Trivium - In Waves" on Spotify here!