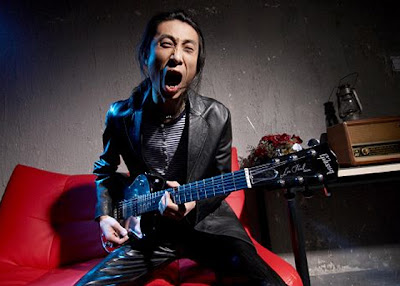 I wanted to tell you about the Chinese Company gig I did couple of days ago, as it was so weird and crazy compered to any of the gigs I ever done.
Here are some pics I took.

Lotsa Chineses and almost everyone had cameras videos u name it. 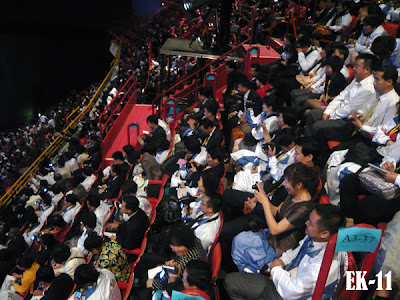 The sand artist in action. 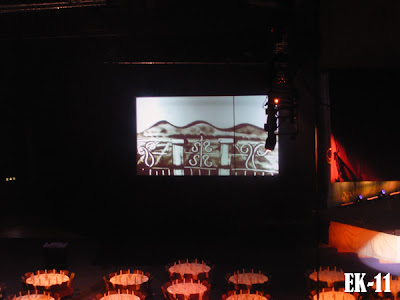 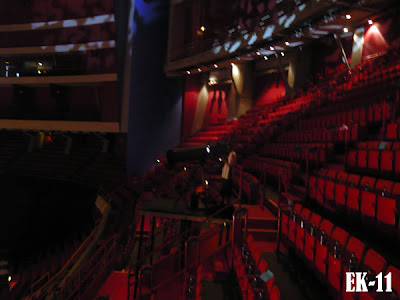 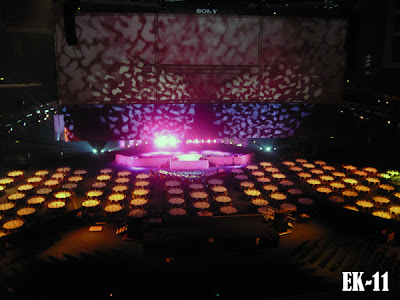 This "gig" begun with a conference with a bunch of speakers that we got some spotlights on. Cheeeezuz they talked for hrs....the last speaker talked for 1 hr and 45 minutes, my arms and legs was screaming...hehe and he kept saying "nigga nigga" wonder wot that meant by in chinese. Then they had a musical show with a sand art guy, that was awesome!

There was many things that was so diffrent to ordinary music gig we are used to. For example in the middle of an artist singin, some of the audience came up the stage and gave him flowers, glas of whine or something and pointed to their spouse and grinned and the spouse took a picture of the artist and the person while the artist were singing....hahaha Soooo Odd! This happened troughout the whole show with diffrent artists..sooo weird.

And another thing that was sooo funny was, appearently somebody had its birthday if it was a person or the company I couldnt say, but they brought out this cake and had these "ice Lights" (its the kinda sparkeling small fireworks) and then suddenly 4 chineses tryed to blow it out...hahahah U cant blow it out..it stops when it stops hahaha so hilarious. The time schedule was extremly drawn over cos they talked so much gosh they talked and talked and we didnt understand nada.

Normally we get a time schedule with everything in the beginning and it goes on according to it, but 5 minutes b4 the start they brought us a new schedule with taken off songs and happenings so the programmed in lights were totally changed eeeh ehhh
Whatever I was happy to leave this arena after 2 days full of Chinese talking and...
sigh even if they were ehm one hr late, I had to run to my next gig which was great :D

As the music wasent that eh fitting according to my style Ill take a chinese rock band instead, kinda cool with the these instruments they have. 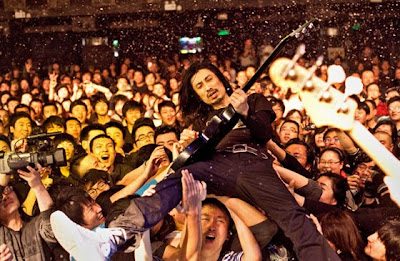 I choosed Xie Tian Xiao, Xie Tianxiao was born in 1972 in the town of Zibo, Shandong province. At the age of 9 he began to learn Beijing Opera, and appeared in the role of "The Monkey King" in a local operatic production of Journey to the West.

In 1997, he founded the band Cold Blooded Animal with bassist Li Ming, his childhood friend from Shandong. Although the band went through a number of personnel changes (past drummers include Liang Xu, Wu Rui and several others), they soon established a loyal fan base. On 1 October 2006 in Zeng Cheng near Guangzhou,this performance was applauded by the media and read as significant as Jimi Hendrix played the USA anthem at Woodstock in 1969. Xie admitted that his performance was inspired by Jimi Hendrixs’


Here is one more!