Arch Enemy - We Will Rise 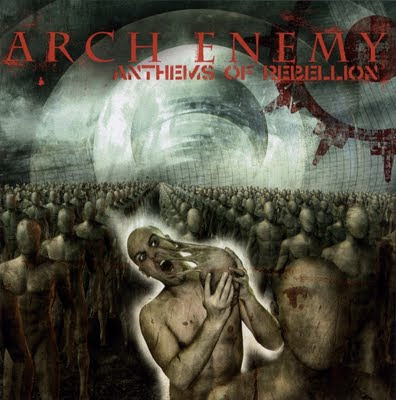 Sonisphere came and went and when I read the comments from Sonisphere Facebook page I couldnt see any negative comment..Thats kinda cool :D
Stones worked his ass off all week there and now its time for some vacation.
I have a pretty tired and eaking man at home right now, after being on the roll since the 18 of June he is kinda tired, mildly said hehe. He took some pics on the festival that we will show to u. 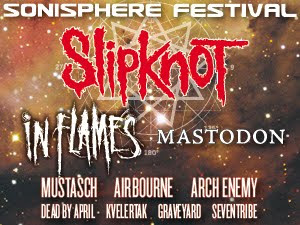 DAAAMN, Wow I am frecking amazed over this Festival!!!
It was so much goodies, although I was kinda stucked at stage 1 (Apollo stage).
thats Arch Enemy was late made me happy cos they switched with Mastodon and played at Apollo stage. :D

She sings like a whole man :D the German girl, Angela Gossow, she is among a small number of females to front as a death metal singer. She has a mezzo-soprano vocal range, with a death growl. She is a vegetarian. Since 2008 she is a manager for Arch Enemy and Spiritual Beggars. 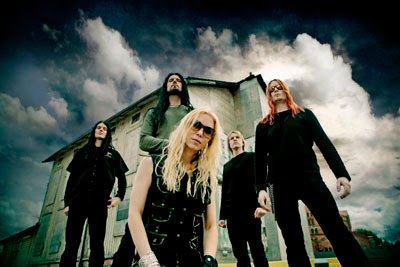 Arch Enemy did a very good gig, the whole audience rolled with the music.
It wasent like In Flames or Slipknot but it was damn goood :D

I had a very good spot to work at so I could look at the show now and then.

Here is the Apollo stage and arena b4 the show started. 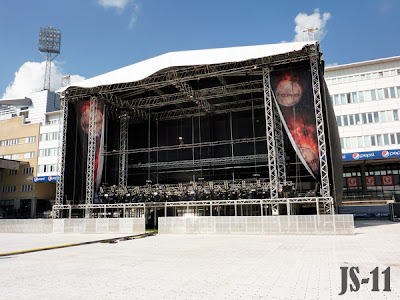 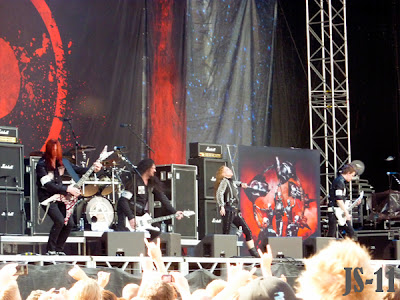 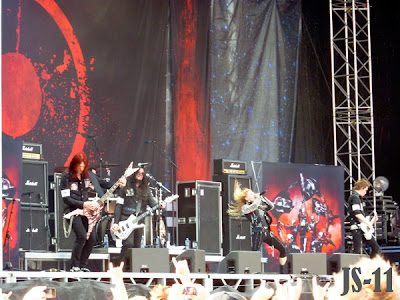 I sneaked onto my friend Danny album and saw 2 pics that i stole :D

Here they set things up for Arch Enemy.. 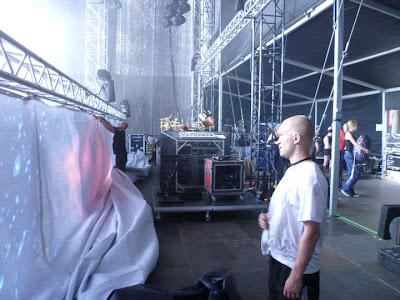 Changing "points" b4 Arch Enemy gig (Points is the machines that holds up the
metal truss that u have to put lights and stuff on). 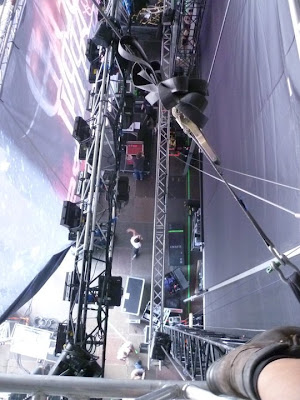 Im gonna take a tune from the 2003 album "Anthems of Rebellion"
Ladys and Gents, here is We Will Rise :D

Here is the official video on this tune:

Listen to ”Arch Enemy - We Will Rise" on Spotify here!