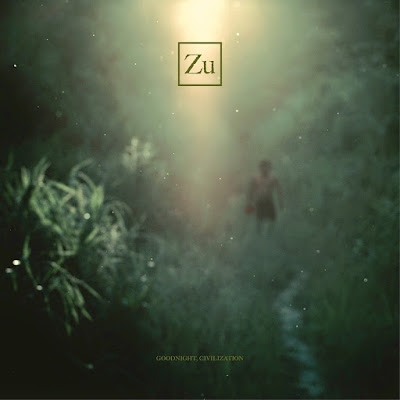 Stockholm during the terrorist attack fills newspaper headlines today. Four dead after lorry crashes into crowds of people in Stockholm and serval wounded. Me and the rest of Sweden are completely shocked at what has happened. That little Sweden, so peacefully and calmly, basically never happens anything, is subject to something as this is almost indescribable. Mourning for those who lose life for a maniac's action.

What to play on a day like this, well as this is a messy world right now so the Italian instrumental experimental music band ZU from Rome will suit fine with the tune "Goodnight, Civilization".

Hailing from Ostia, a town near Rome, ZU are an atypical trio made of drums, electric bass, baritone saxophone and electronics. Formed in Rome in 1997, they began as composers and players for theatre performances. The band is composed of three members: Luca Mai on baritone saxophone, Massimo Pupillo on bass and Tomas Järmyr on drums. ZU have released fourteen albums, including two live album and two splits, and played in festivals in Europe, America, Asia and Africa. 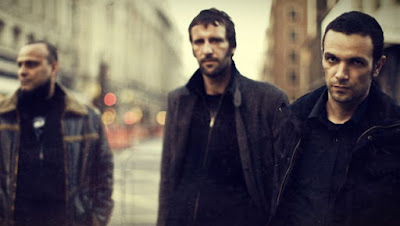 In the running for the title of 'the world's hardest working band', ZU have performed over 2000 shows throughout Europe, US, Canada, Asia, Russia, Mexico and even Africa, touring with the likes of Mike Patton (as the Zu/Patton quartet), sharing the stage with FAITH NO MORE, FANTôMAS, THE MELVINS, LIGHTNING BOLT, SONIC YOUTH, THE EX, etc.. They have also collaborated with a vast number of musicians including Mike Patton, THE MELVINS, DÄLEK, Jim O' Rourke, FM EINHEIT (EINSTURZENDE NEUBAUTEN), Peter Brötzmann, Eugene S. Robinson (OXBOW), Steve MacKay (THE STOOGES), THE EX, Thurston Moore, Stephen O Malley, Damo Suzuki (CAN), Mats Gustafsson, NoMeansNo, Joe Lally (FUGAZI).

Although difficult to define, ZUs style could be characterised as a fusion of math rock, heavy metal and noise rock. The music is instrumental, and features virtuosic drumming, powerful bass and distorted saxophone.

The band are members of the Italian folk-jazz group ARDECORE.