Steve Hackett - Behind The Smoke 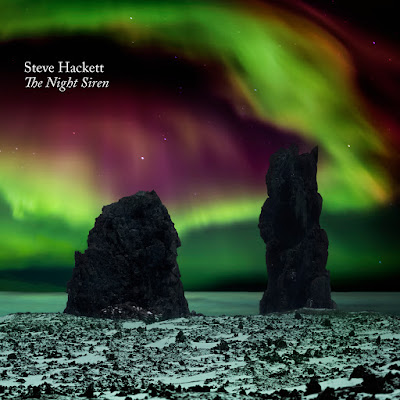 The old school progressive rocker Steve Hackett is back with a brand new video "Behind The Smoke" to promote his latest and twenty-fifth solo release "The Night Siren" that was release on Mars 24th at InsideOut Music.

Hackett had been working on his singing "since 1981" and marks his vocals on "The Night Siren" as the first time he "actually felt like a vocalist" and cited the style of American singer Tim Rose as an influence. Hackett describes the album as "a bird's eye view of the world of a musical migrant ignoring borders and celebrating our common ancestry with a unity of spirit, featuring musicians, singers and instruments from all over the world. From territorial frontiers to walled-up gateways, boundaries often hold back the tide. But while the night siren wails, music breaches all defences".

Some sections on the album was longer than what appeared in the final version, leaving Hackett to edit them down as he noticed a "sense of let's get to the point" and had been prone to develop long sections or song introductions in the past. He intended to make a more accessible album, and after listening back to it, enjoyed making it. "Behind the Smoke" centres around the historical plight of refugees. "West to East" reflects on the effects of war and hope for a better world and features orchestral and choral arrangements. Hackett sees the two tracks as companions to each other; the former originated from a lyric that his wife Jo came up with: "Behind the smoke it's black". Hackett's brother John Hackett plays the flute on some tracks. "Anything But Love" contains a mixture of styles, opening with flamenco guitar to become a rock song with an electric guitar solo to finish. The change of style and joining them together in the studio was particularly demanding.

On the composition, Hackett adds, "we've got 20 people from all around the world all working together ... although it's a rock album there are some big differences." The album also contains influences from the Beatles' psychedelia phase and classic science fiction. 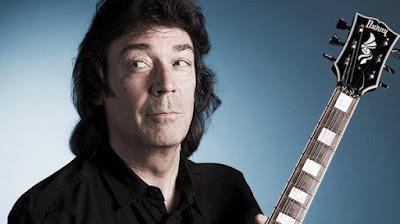 Stephen Richard "Steve" Hackett (born 12 February 1950) is an English musician, songwriter, singer and producer who gained prominence as the guitarist of the English progressive rock band Genesis from 1971 to 1977. Hackett contributed to six Genesis studio albums, three live albums and seven singles before leaving to pursue a solo career. He was inducted into the Rock and Roll Hall of Fame as a member of Genesis in 2010.

Today's tune "Behind The Smoke", taken from "The Night Siren".

Listen to ”Steve Hackett - Behind The Smoke" on Spotify!