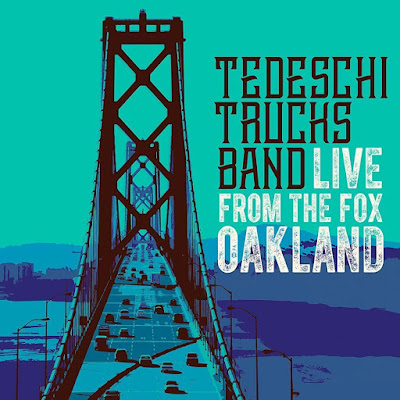 "Live From the Fox Oakland" captures the TEDESCHI TRUCKS BAND firing on all cylinders at their Sept 9, 2016 show that fans and band members regard as one of their finest performances to date. "Live From the Fox Oakland" is a fantastic live album, clearly one of the best released in later period of the 21st century. The sound is amazing, you can hear every note that is played, I am totally stunned of the performance, what a joy and presence. The group, led by husband-and-wife duo Susan Tedeschi and Derek Trucks and the 12-person band, a real travelling circus. 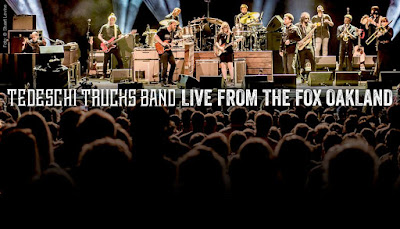 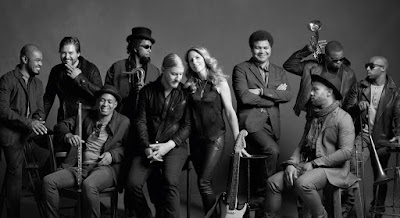 "Live From the Fox Oakland" is an delicious table of Southern snacks, warm, soulful and groovy natural rhythm. It's bluesy with a rootsy feels, splotches of brass, explosive slide guitar and soulful backing vocals. Six of its fifteen tracks originate from last year’s "Let Me Get By". There are many highlights on the album, take for instance "Crying Over You" a groovy tune with Derek on the lead, the jam part is stunning with the organ and the horn section. A cool and really rugged version of Bobby Blands tune "I Pity the Fool". There are a few more classics that gets it's treat, like the nearly 11-minute cover of DEREK AND THE DOMINOS "Keep on Growing", Leonard Cohen’s "Bird on a Wire" done by Susan's soulful vocals, the obscure jazzy tune "Ali". 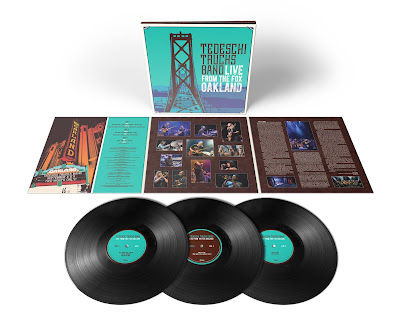 The 15 tunes are split on 3 disc Vinyl version, was mastered separately and specifically for vinyl to ensure true Vinyl sound and pressed on 180 gram discs for highest sound quality. The double CD (also available with DVD or Blu-ray video) puts you in the middle of the music, making this the perfect way to absorb the impact of THE TEDESCHI TRUCKS BAND firing on all cylinders in their natural habitat.

THE TEDESCHI TRUCKS BAND is a blues rock group based in Jacksonville, Florida, US. Formed in 2010, the band is led by Derek Trucks and Susan Tedeschi. Their debut album, Revelator (2011), won the 2012 Grammy Award for Best Blues Album. The band has released three studio and two live albums. 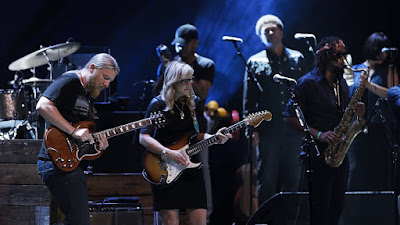 Sum: "Live From The Fox Oakland" is a new peak of a great American blues rock, a record that should not be missed.

Today's tune "Keep On Growing" taken from their live release "Live From The Fox Oakland."

Listen to ”Tedeschi Trucks Band - Keep On Growing" on Spotify!