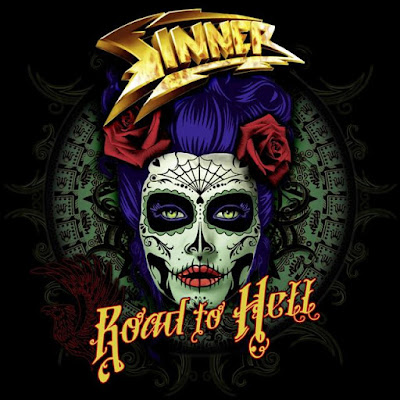 SINNER are a German heavy metal band formed by vocalist and bassist Mat Sinner in 1982 (who later joined Primal Fear). They were part of the German heavy/speed/power metal scene. Their latest album, Tequila Suicide, was released in March 31st 2017 and the first taste from it is today's tune "Road To Hell" 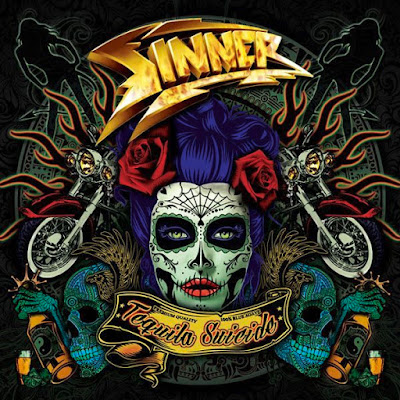 Based in Stuttgart, Baden-Württemberg, Sinner released their first album, "Wild'n'Evil" in 1982. This album, along with the next two ("Fast Decision" and "Danger Zone") were raw affairs, having little in common with the melodic metal they would later become known for. After many personnel changes (including drummer Edgar Patrik leaving to join BONFIRE), the band saw the addition of ACCEPTs Herman Frank on guitars and the release of "Touch of Sin" in 1985. Frank would leave before the next album, 1986's "Comin' Out Fighting", with future U.D.O. guitarist Mathias Dieth replacing him. 1987 saw the release of "Dangerous Charm", a much more melodic album than previous efforts, but shortly after this the band took a break and wouldn't be heard of again for five years.

In 1990 Mat Sinner released a solo album called Back to the Bullet on BMG with a completely new band. Three members of the Mat Sinner band reformed SINNER and released "No More Alibis" in 1992, an album far heavier than anything SINNER had released before. This renewed vigour coupled with songwriting that far exceeded the band's previous releases not only carried on but strengthened with "Respect" in 1994 and "Bottom Line" in 1995, the latter staying in the Japanese national charts for five weeks. SINNER were to reach even higher peaks though, releasing two hugely successful albums with "Judgement Day" in 1997 and "The Nature of Evil" in 1998

In 2000 the band saw its first line-up change in five years as several members left, including guitarist Tom Naumann while ex-HELLOWEEN and GAMMA RAYs Uli Kusch filled in on drums for "The End of Sanctuary". However, in 2003 the previous 1995–1999 line-up renewed itself and released There Will Be Execution before going quiet again for four years. In the past nine years the band had released six albums, each as good, if not better than the last, proving to be the band's most successful period. This success would continue, as after releasing two more albums with PRIMAL FEAR, an album with his pre-SINNER band GODDESS SHIVA and guesting on Tribuzy's debut album, Mat Sinner brought SINNER back to release "Mask of Sanity" in 2007. This album spawned two popular singles in "Diary of Evil" and "Black" and included a faithful rendition of THIN LIZZYs "Baby Please Don't Go".

Today's tune "Road To Hell" is taken from the album "Tequila Suicide".

Listen to ”Sinner - Road To Hell" on Spotify!