The Faces - Stay With Me 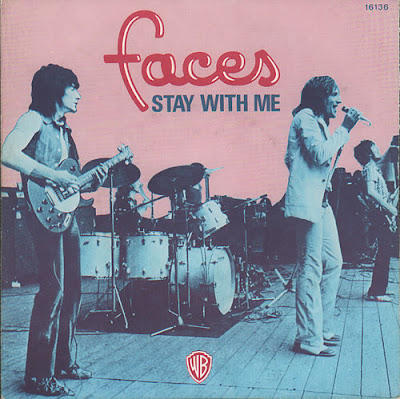 "Stay with Me" is a tune written by Rod Stewart and Ronnie Wood, was first recorded by their band FACES for the 1971 album "A Nod Is As Good As a Wink... to a Blind Horse". The song has also appeared on various FACES compilations and on albums by both songwriters. The lyrics describe a woman named Rita with "red lips, hair and fingernails" he "found... down on the floor"; the singer proposes a one-night stand on the condition that she must be gone when he wakes up, although he does offer to pay her cab fare home. 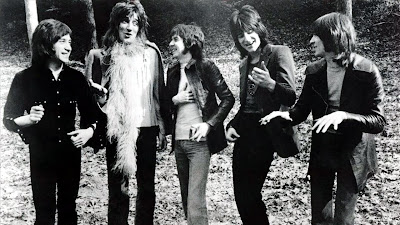 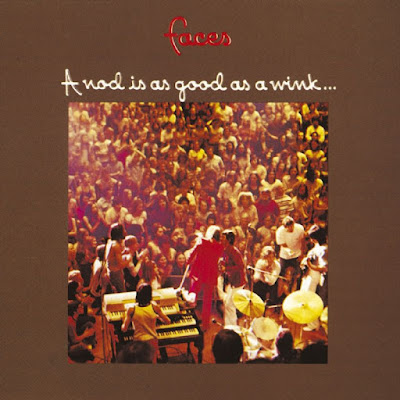 The song was the first and biggest American hit for the FACES, although Rod Stewart scored his massive solo hit "Maggie May" four months before "Stay With Me" was released in November 1971. In "Maggie," which is based on a true story, Stewart is the object of sexual conquest. Psychologists could have a lot to say about this one! 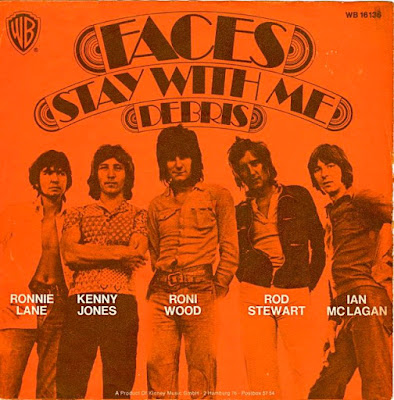 Listen to ”The Faces - Stay With Me" on Spotify!

Email ThisBlogThis!Share to TwitterShare to FacebookShare to Pinterest
Etiketter: 1972, A Nod Is As Good As a Wink... to a Blind Horse, Classic Rock, Faces, Rod Stewart, Ronnie Wood, Stay With Me, Sunday Classic