The Dagger - Ahead Of You All 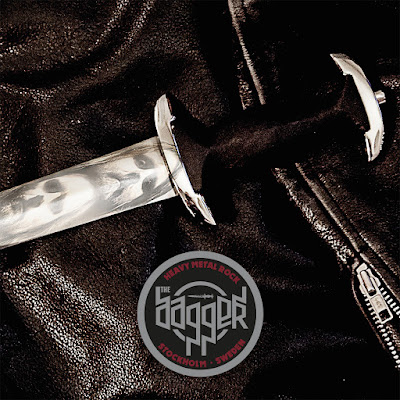 THE DAGGER is a hard rock/heavy metal band from Stockholm, Sweden formed in 2009 by Fred Estby, David Blomqvist, Tobias Cristiansson and Tyrant, who are or have previously been involved in bands such as DISMEMBER, GRAVE or NECRONAUT. After auditioning several possible singers and seeing Tyrant exiting the band, Jani Kataja (MANGROVE, SIDEBURN) joined the fold as vocalist by the end of 2012. 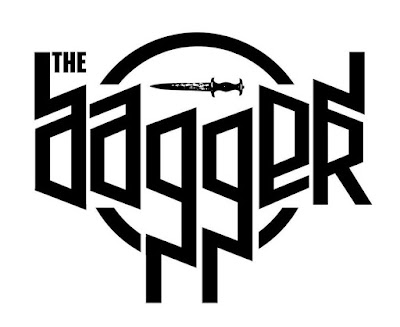 While there certainly was a revival of 70’s rock and traditional 80’s metal in recent years, THE DAGGER thought many acts around lacked the right feeling and sound, so they set out to create real classic hard rock / heavy metal rooted in blues rock and perform it simply the way they like to hear it themselves. THE DAGGER stands for eagerly rehearsing, jamming, recording live and writing songs as a unit resulting in an authentic and captivating approach.

The group’s debut 7” single (released via High Roller Records in Summer 2013) and the upcoming “S/T” debut album were recorded at Gutterview Recorders (owned by Fred Estby and Nicke Andersson) in Stockholm, where bands like IMPERIAL STATE ELECTRIC, ’77, BULLET and MORBUS CHRON already recorded their material.

While legendary acts such as early IRON MAIDEN, DEEP PURPLE, JUDAS PRIEST and RAINBOW obviously left their mark on THE DAGGER, the band does not rely on just resurrecting the 70’s/80’s era of hard rock but focus on quality throughout the entire album offering heavy to-the-point riffing, strong vocal melodies and twin guitar harmonies in spades.

Inspired by the gods … destined to deliver the goods! 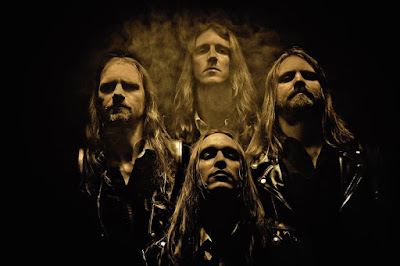 Today's tune "Ahead Of You All" is taken from the self titled debut album, enjoy!

The Dagger performing Ahead of You All. First act at the Close-Up Boat Thursday September 18th 2014. Poor sound quality, pure awesomeness.

Listen to ”The Dagger - Ahead Of You All" on Spotify!