Tunga Moln - All Along the Watchtower 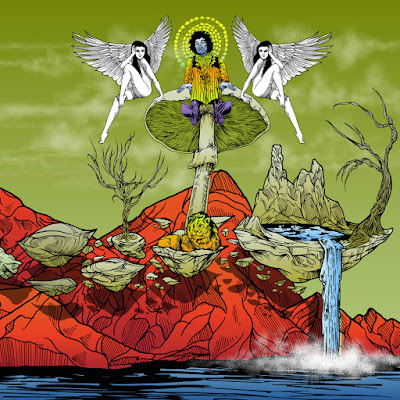 Tuesday, time for a cover and today we really have a great one.

The Swedes in TUNGA MOLN were invited to take part in Magnetic Eye Records' "Electric Ladyland [Redux]" tribute to Jimi Hendrix. They submitted their interpretation of "All Along The Watchtower", a hard task indeed, but something they solved brilliant and all the vocals is in their own native language, Swedish. 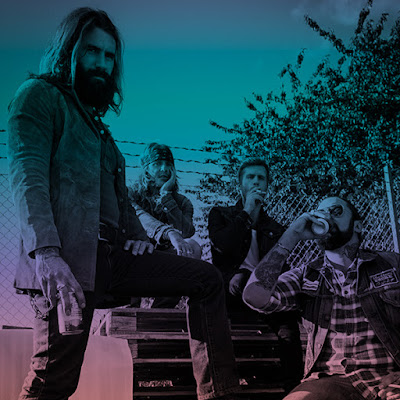 "All Along the Watchtower" is a song written and recorded by the American singer-songwriter Bob Dylan. The song initially appeared on his 1967 album John Wesley Harding, and it has been included on most of Dylan's subsequent greatest hits compilations. Since the late 1970s, he has performed it in concert more than any of his other songs. Different versions appear on four of Dylan's live albums.

Covered by numerous artists in various genres, "All Along the Watchtower" is strongly identified with the interpretation Jimi Hendrix recorded for Electric Ladyland with the Jimi Hendrix Experience. The Hendrix version, released six months after Dylan's original recording, became a Top 20 single in 1968 and was ranked 47th in Rolling Stone magazine's 500 Greatest Songs of All Time.

"Electric Ladyland [Redux]" is a tribute to the masterwork of James Marshall Hendrix celebrating his brilliant 1968 chart toping double album. We have assembled some of the most amazing bands and likeminded record labels to bring you Electric Ladyland covered in full; all 16 tracks. From London's ELEPHANT TREE providing a sitar infused opening track to ELDER closing out Side D with their cover of "Voodoo Child (Slight Return) this truly is the best effort we could possibly have delivered in celebrating one of our favorite musicians and his incredible vision for what an album could be.

With tracks from bands such as EARTHLESS, ALL THEM WITCHES, SUMMONER, MOTHERSHIP, WO FAT and more and album cover and jacket art illustrated by David Paul Seymour we are knowing you will love this album as much as we do.

Listen to ”Tunga Moln - All Along the Watchtower" on Spotify!