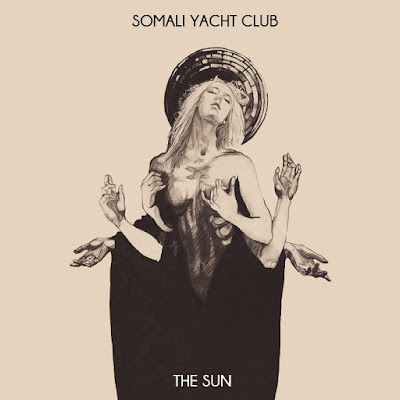 SOMALI YACHT CLUB is a stoner rock trio from Lviv, Ukraine. The band mixes elements of stoner rock, psychedelic rock, shoegazing and post-metal in their music.

Formed in 2010 as a jam band, they evolved quickly to a main band for its members. In August 2011 they self-released their first four-song EP "Sandsongs", followed by two 1-track EPs and finally their stunning full length "The Sun". The album was self released by the band, got a digital release by Robust fellow rec in 2015 and is now honoured with a vinyl release. 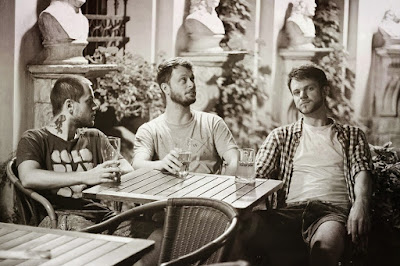 "The Sun" is a very atmospheric album where the varying is high, slow, emotional harmonies to exploding parts with heavy riffing layers along with strong vocals. The album contains only 5 songs, but with a play time of 42 mins, the fact is that every tune is at least 7 mins or longer is what these guys need to tell the story. Long, oh no, perfect!

Along with a great production sound, marvelous dynamic, emotion and mixture of the different styles along with professional musicians with lyrics that covers the dark themes is a perfect mix.

Sum: Great stuff, check it up, could be so that you would not be able to live with out it!

Listen to ”Somali Yacht Club - Up In the Sky" on Spotify!

Email ThisBlogThis!Share to TwitterShare to FacebookShare to Pinterest
Etiketter: Lviv, Psychedelic Rock, Record of the Week, Shoegazing, Somali Yacht Club, Stoner Rock, The Sun, Ukraine, Up In the Sky, Vinyl