Tax The Heat - Fed To The Lions 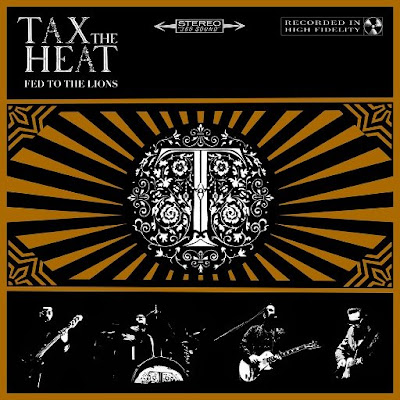 TAX THE HEAT was born from a pure love of straight-ahead rhythm and blues music. With nods to many of their influences, calling back to a time when rock’n’roll was still new, vibrant and exciting while all the time keeping an energy-filled modern, alternative edge to the music they create.

Leading on from a chance meeting in a record store between two old school friends, TAX THE HEAT crafted the early rumblings of their retro-rock’n’roll sound in the late-night living room jam sessions. As a result, the 4-piece started recording their own demos using whatever suitable equipment and locations were available at the time.

The band have since found the ears of some of their most well respected contemporaries with Scott Gorham of THIN LIZZY fame announcing TAX THE HEAT as his ‘Favourite New Band’ on VH1’s “That Metal Show” (USA). They also gained the interest of legendary producer Chris Goss (MASTERS OF REALITY, QOTSA, THE CULT, BRMC) who, upon hearing the strength of the band’s self-recorded demos, immediately insisted upon coming to Bath, England at the end of his Masters of Reality tour to produce the E.P alongside engineer Tom Dalgety (BAND OF SKULLS, ROYAL BLOOD, THE MACABEES). TAX THE HEATs début E.P was subsequently released in November 2013 on a limited run of 10” vinyl to coincide with a string of successful support slots including a UK Tour. The band’s music has gone on to receive airtime on UK radio at such stations as BBC Introducing and Kerrang! Radio, with their singles ‘Fed To The Lions’ and ‘Highway Home’ both being added to the Planet Rock Radio A-list (main playlist). 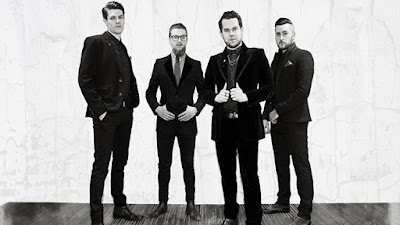 Today's tune is the title track "Fed To The Lions" from the bands debut album, enjoy!

Listen to ”Tax The Heat - Fed To The Lions" on Spotify!