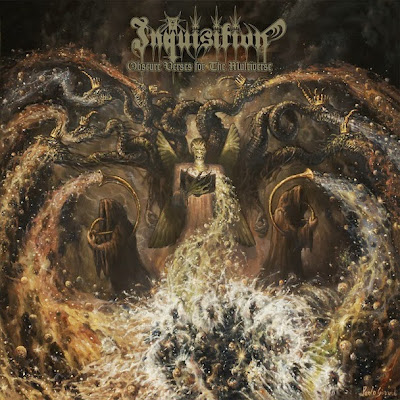 One of the contributions during Hard Rock's evening was Seattle duo Inquisition.

The band Inquisition was formed in 1988 in Cali, Colombia by Dagon. The band started as a thrash metal act, and in 1994 evolved into raw black metal. 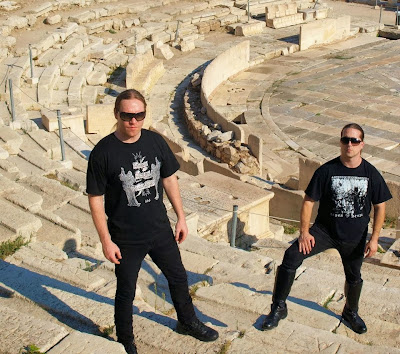 In 1996, Dagon left Colombia and moved back to the United States to continue Inquisition and search for a new drummer. That same year Dagon met Incubus, who joined the band on drums and the creation of their debut full length album began. This line-up has remained stable for more than fifteen years and is now seen as the classic Inquisition line-up.

Todays tune "Darkness Flows Towards Unseen Horizons" is taken from the latest album "Obscure Verses for the Multiverse", released on October 25 2013