Port Noir - In This Void 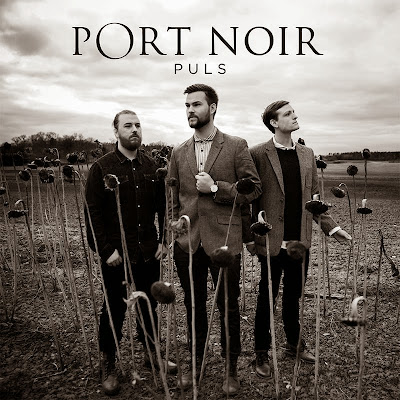 Saturday, clock already hit ten in the evening and I work with the record for tomorrows event, an event which takes place every year on eve of Twelfth Night, it's the hard rock community who is inviting up to feast, a musical party that I have been involved for some years, much fun every year, listening to music, hanging out and drinking a hideous amounts of mead, kind as the Vikings did on this day if they had a party.

Yesterday I had two songs completed, the rest will be created now :) I have my ideas and no it will not be any Viking rock. Although I had a track that might be on ... but I do not think so ... but who knows ... haha. Ingenious as I am, I really like the element of surprise, preferably with something that someone may like but have not heard yet, think it will be a little too open if I pick songs from my own seasonal best list, of course one or two of the tunes will slink through anyway. Well on Monday you guys will know what I played. One thing for sure is it will be hard and fuzzy :)

Well one of the tunes that would be perfect for this evening is the new single "In This Void" with the Swedish Semi Progressive band Port Noir with their debut Puls, they released a grand emotional album, where a high musicality and a well balanced softish tone in contrast to the hard, they really made ​​a fine début.

In November, 2011, on a chilly winter evening the three of us ended up discussing a new project at a local pub in Södertälje, Sweden.

With the same goals, dreams, and without boundaries we decided to meet up and play together. Only a week later, the first time we played music together, we wrote and recorded "Sun dè Man" the same night using our own recording equipment.

Recording a music video came to our thoughts before the song was even mixed. A week later we ended up in a shed which had been used for butchery, to shoot the video on our own. After 15 hours of shooting in minus degrees and a couple of days of editing we released the video on Youtube the 30th of November, 2011.

Since the beginning of 2012 we have been writing and recording demo's for personal use to develop our sound. An EP was supposed to be released earlier this year, but we decided to wait and record it properly with the help of a producer.

In may 2012 we had our first show ever, opening for the swedish metal band In Flames at Debaser in Stockholm. A well received show which really got us as a band together, live is where we truly enjoy what we're doing, which means you will definitely be able to see us perform live as much as we can go out on tours!

In September we entered Dugout Studios in Uppsala together with producer Daniel Bergstrand (In Flames, Meshuggah, Behemoth, Soilwork, Darkane, etc.) to record our debut album which will be released 2013. 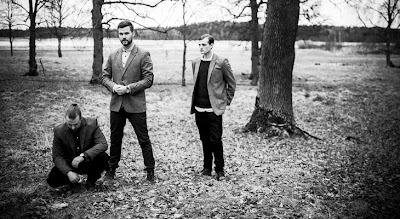 Todays tune "In This Void", taken from the their début record Puls. Enjoy!

Listen to ”Port Noir - In This Void" on Spotify here!

...and we look forward to seeing you tomorrow!!