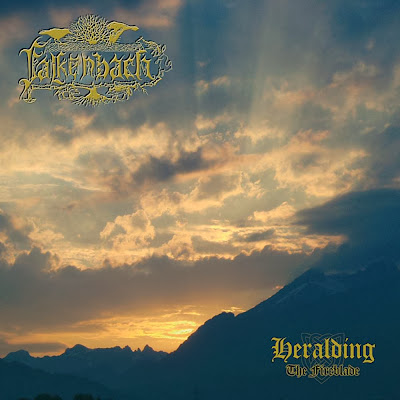 We continue with music from hard rock evening, today it's time for some German Viking Metal and the band Falkenbach.

The name means "Falconbrook" in German. The one permanent member is Vratyas Vakyas (real name Markus Tümmers). They are one of the very first Viking metal bands, starting in 1989, with their first release that same year.

Todays tune "The Heralder" is taken from the fourth album "Heralding – The Fireblade". This record is made up of songs originally intended to be Falkenbach's debut album Fireblade, which was shelved in 1995. For the 15-year anniversary of the band, the tracks were finally re-recorded (using the same session musicians as on Ok Nefna Tysvar Ty) and released.

Listen to ”Falkenbach - The Heralder" on Spotify here!