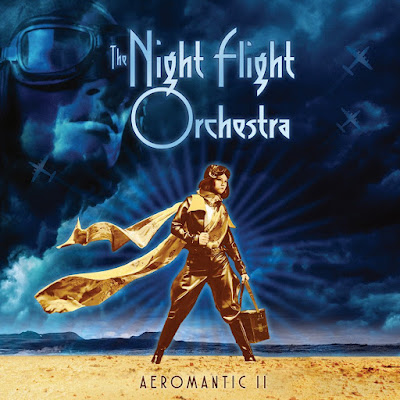 Monday and it's a new week, time for us to present "Record Of The Week".

It was barely a year and a half ago when we got served "Aeromantic" by the Swedish classic rock/AOR supergroup THE NIGHT FLIGHT ORCHESTRA, read about it here! Now they are back with a follow-up and their formula may no longer have the surprise factor of earlier efforts, it's already their sixth album and they simply titled the new one with "Aeromantic II", where they take us on another journey telling the stories of broken hearts, hopeful beginnings and glorious party nights! I guess that they probably were a few songs left from the previous one and that they could not tour with the album quite simply continue to fill up the already solid collection of songs for an upcoming tour when this misery finally releases.

If you loved the previous album "Aeromantic", then you can just skip this post and go buy the record, it will be right in your alley for sure. But if you are curious, then I offer an review of my thoughts on "Aeromantic II". 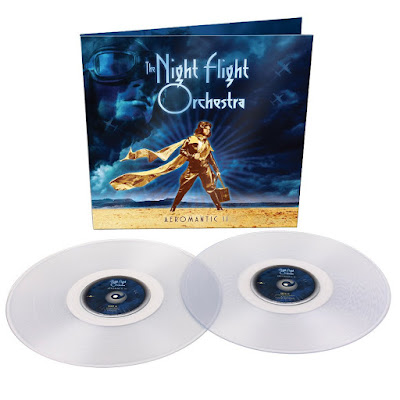 The album opens up with big 80's keys in "Violent Indigo", with great riffs and a catchy overall feeling, a big chorus, a great opener. Cool guitars open up the next tune inline "Midnight Marvelous" which switches to a real funky dance number, where you can easily show off your Travolta moves, incredibly catchy Disco with some cool beats, and a great solo. The tempo is increased further "How Long", a tune that has been described as "90s DEEP PURPLE on cocaine", and I can only agree as this is true eargasm, so catchy and driven tune makes it impossible to keep your feet steady on the ground. The opening tunes on "Burn For Me" is like a flash movie from the '80s were plenty of hit tunes flying by in seconds. The tune is another very catchy piece and the flashes continue, I see Elton John's wonderfully crazy piano playing, Steve Lukather from TOTO playing a few riffs, Phil Collins on drums, and so on. TNFO really makes images spin for the listener, especially those who were there right away when everything was for real. Shit, starting to feel old now, lol. It's a marvelous tune. And it doesn't stop here, it's time for a real feel-good dinner tune in "Chardonnay Nights", a little more secluded, still incredibly driven with cheeky passages and brilliant singing. "Change" serves us with more keys, big keys, great drumbeat, a bit different layout but I love what I hear and I get pictures in my brain from movies where this would fit in, feels like a song that would work in preparation for something, a march, a warm-up, etc., I think of movies like Top Gun, Rocky, and others. "Amber Through A Window" gives us a progressive pop disco, a great beat, catchy chorus, and some small fine delicate features here and there, well done guys. "I Will Try" gives us some big beats from the past where TEARS FOR FEARS comes to mind. "You Belong To The Night" gives us an Asian Disco feeling, a nice dance number to shake up to on the nearest club. "Zodiac" is a number that offers a slightly different approach, wandering bass lick, picking guitar, fast drum beat, but everything is spiced with very good singing that makes the result as good as possible. "White Jeans" was the first single and video from this album, a classic TNFO tune in the best possible way, a magic song. The album closes up with "Moonlit Skies", a big tune in a lower tempo where all the extra energy is played on the instruments. As everything is played in a dual sense, really cool and gives us the end of an era, and the beginning of an empire. The album "Aeromantic II" is a great follow-up that showcases a hungry band that still has its creativity on top to serve as a feel-good power-rock airborne soap opera, get it! And I'm sure the band will have a nightmare about making a setlist for the upcoming tour, haha!

Sum: All you need in search of love and adventure. 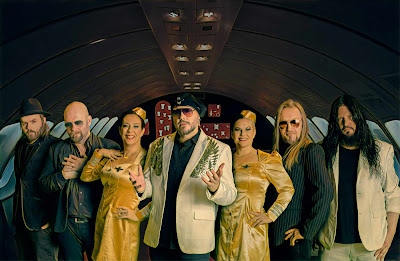 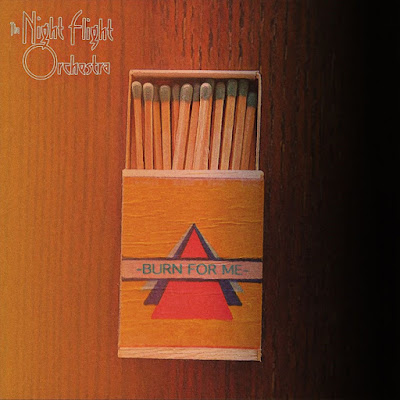 Today's tune "Burn For Me" is a great tune from "Aeromantic II", so fasten your seatbelts and get ready for a magical journey!

Listen to ”The Night Flight Orchestra - Burn For Me" on Spotify!