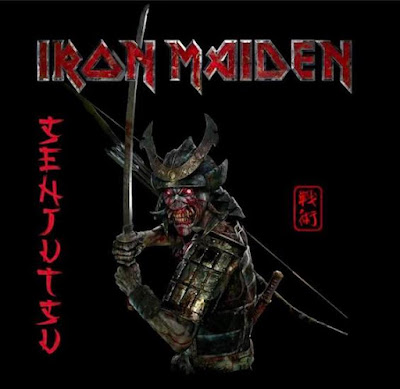 "Senjutsu" is the 17th album by the British metal band IRON MAIDEN. A record that probably no one has missed by now. But like most others, I also thought to give my viewpoint, however, I will try to stay short enough because you have probably read about this record more than once.

"Senjutsu" is named after a Japanese word meaning "Tactics And Strategy", there is a slight shimmer of Asian warriors influences where they are holding the banner high during a battlefield. 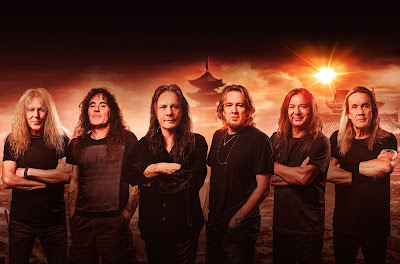 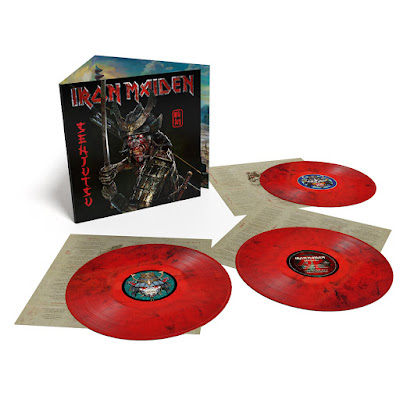 First of all, IRON MAIDEN have aged gracefully. Yes, Bruce's vocals are a little bit strained over the album, but overall he keeps a very good standard and has matured over the years. Steve Harris continues to write magic, his pen seems to glow here. His bass playing is marvelous, he really complements the others with a groove. Nicko McBrain's drumming is well executed for an almost 70 yrs old rocker. The powerful trio of guitarists Dave Murray, Adrian Smith, and Janick Gers really offers finesse on this record, both in guitar playing and songwriting skills. I must say that after a few spins I'm very impressed with the results of this "Senjutsu". The album is a heavy piece, 3 LPs if you got the vinyl version, spanning over an impressive 82 minutes and 10 marvelous tunes where the last four are killers. The production, songwriting, dynamics, and tones are of very high quality and they continue to create magic at the highest level.

Sum: "Senjutsu" shows that IRON MAIDEN still has the magic and proves why they still are so special! 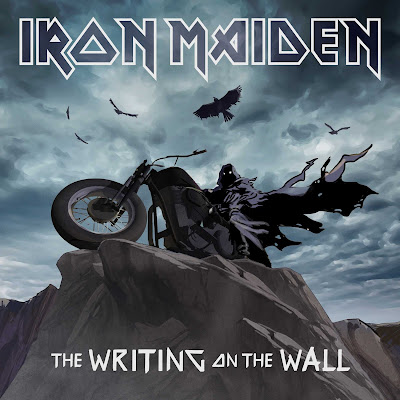 Today's tune "The Writing On The Wall" is taken from "Senjutsu", the tune is written by Smith / Dickinson, enjoy!

Listen to ”Iron Maiden - The Writing On The Wall" on Spotify!

Email ThisBlogThis!Share to TwitterShare to FacebookShare to Pinterest
Etiketter: British, Iron Maiden, NWOBHM, Record of the Week, Review, Senjutsu, Tactics And Strategy, The Writing On The Wall