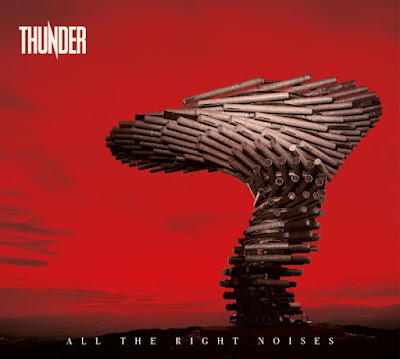 The British rock legends THUNDER has released a new live video for their track "Destruction".
It was recorded as part of their "Thunder TV special" which streamed earlier this year, which features as part of the upcoming expanded edition of their most recent album "All The Right Noises" out on 24th September 2021 on BMG.

Today's tune "Destruction (Live)" is taken from THUNDER’s new album "All The Right Noises – The Bonus Songs". Released on 24th September 2021 on BMG. The lineup on this album is Luke Morley, Danny Bowes, Chris Childs, and Harry James, with guest appearances from Rob Harris (guitar), Sam Tanner (keys), Julie Maguire (BVs), and Carly Greene (BVs). The track was filmed and recorded live at Siyan Studios in High Wycombe on February 26th, 2021, and streamed as part of the "Thunder TV Special" on March 14th & 15th 2021. It was directed and edited by Tim Sidwell for Toward Infinity. 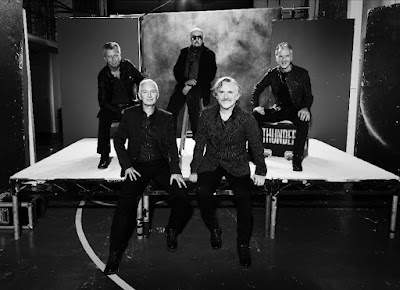 Filmed at Siyan Studios in High Wycombe, the webcast of this unique performance was streamed for 48 hours on the weekend of the album’s release. The show was comprised of a setlist of almost all the tunes from the new album, plus some of their biggest hits, a Zoom Q&A with fan club members, and set changes from plugged-in electric to sit-down acoustic. The 90-minute set was a runaway hit with THUNDER fans all over the globe.

Order the new album ‘All The Right Noises’ here: https://thunderband.lnk.to/ATRNID

THUNDER founders Danny Bowes and Luke Morley will also embark on a UK Tour in November 2021. The shows will be based around the bandmates’ new book "Danny & Luke – The First 50 Years (1971-2021)", which is released in September, and tell their story from when they first met at secondary school to achieving success with THUNDER, and right up to present day. THUNDER will play 2 festive Xmas shows at KK’s Steel Mill in Wolverhampton on December 17th & 18th. The THUNDER arena shows will begin in May 2022, culminating on May 28th at the SSE Wembley Arena in London.

Listen to ”Thunder - Destruction" on Spotify!