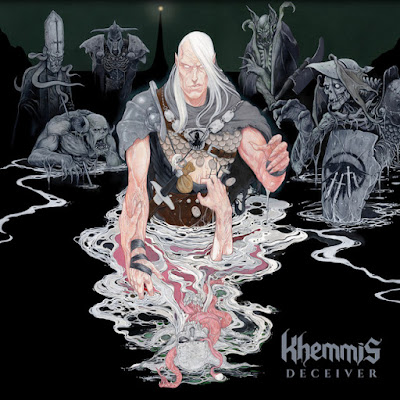 The Denver based doommetal band KHEMMIS have announce that their new album, "Deceiver", is coming your way on November 19th via Nuclear Blast Records. Even better, you can now hear the first single, "Living Pyre", check out below.

While the lyrical themes of "Deceiver", sorrow, pain, longing for hope, will no doubt be familiar to longtime fans, these six songs display a broader collection of musical influences than on any other KHEMMIS record to date. “It being our 4th album, especially after the transition between the last two albums, it felt really freeing. We felt that we could really do anything on this record,” explains drummer Zach Coleman. “There’s a lot here that we’ve never done before,” adds Pendergast. “In some areas it gets darkly psychedelic. I think we found a cool way to mutate things using transitions that feel really natural. There is a subtle symmetry between the first and last songs which is one of the things that makes listening to the full album a satisfying holistic experience. It builds from almost nothing, becomes very dark, and then you slowly crawl out of that lowest circle of hell.” 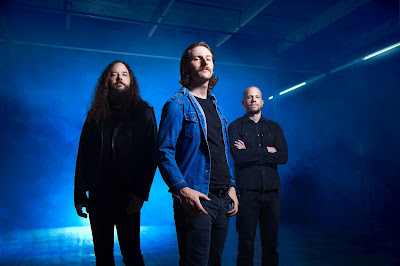 Today's tune “Living Pyre” is the first single from the upcoming album "Deceiver", it was a pivotal moment in the making of the album for Ben, Zach, and Phil. We had been struggling with coming to terms with what KHEMMIS means to us at this point in our lives, and what purpose this album would hold, more generally, for us and our personal growth as a band and as individuals. The majority of the instrumental came out of Ben in a single session, after feeling that he was finally in a good enough place mentally that he could connect to the creative spark again. For me, after many months of bitterness and even anger at the thought of having to dig so deeply into myself again to create something that I could feel passionately about, I decided to just express these feelings honestly and use them as a mission statement for the album. They were the first words I wrote for the album, and the first ones you hear on the first single from the album: “There’s nothing left to give, nothing to rake through coals”. In one of those rare, beautiful moments of artistic inspiration, the words came with the melody, and I could feel the seed of a concept for the whole album germinate in my mind. Enjoy!