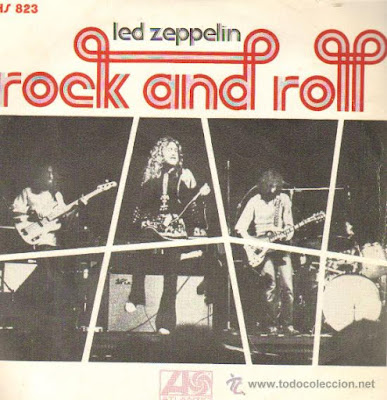 Saturday, September 25, a day in which I obviously is getting one year older, yes it's my birthday :) Congrats to me! Now that it's my day, I must play something that I really like. Something that is dear to my heart. Then there is a band that really warms up a cold autumn day like this with warm, sweet and delightful tones, and I am talking about LED ZEPPELIN of course.

A band that I have had close to my heart for a long long time. I remember the first time I heard this band how much impact they had on me, how much I enjoyed the music, a band that I never felt that I get tired on, I always enjoy listening to a LED ZEPPELIN tune. If I were to be stranded on an Island with music from one band, there is no doubt about what I would choose. Anyway, let's not dig in to this to deep and lets focus on today's tune instead.

"Rock and Roll" is a song by the English rock band LED ZEPPELIN, which was first released as the second track from the band's fourth album in 1971. The song includes a guest appearance by the ROLLING STONES pianist Ian Stewart. In 1972 Robert Christgau called it "simply the most dynamic hard-rock song in the music.

According to guitarist Jimmy Page, "Rock and Roll" developed from a spontaneous jam session, while the band were trying to finish recording "Four Sticks", at the Headley Grange mansion they had rented in Hampshire, England. John Bonham began by playing the drum introduction from the Little Richard song "Keep A-Knockin'" to which Page added a Chuck Berry-style guitar riff. The tapes were rolling and fifteen minutes later the basis of the song was completed. The song is performed in the key of A at a relatively fast tempo of 170 beats per minute. 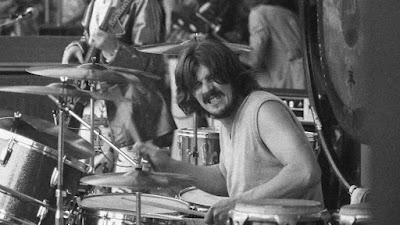 "Rock and Roll" was a key component of the band's setlist at LED ZEPPELIN concerts from 1971 on. Initially, Plant referred to it on stage as "It's Been A Long Time", which is the first line of the song. In 1972 it was elevated to the opening number of all concert performances and it retained this status until 1975. For the band's 1977 North American tour, it became part of a medley encore with "Whole Lotta Love", and during 1979 and 1980 it became an encore in its own right. 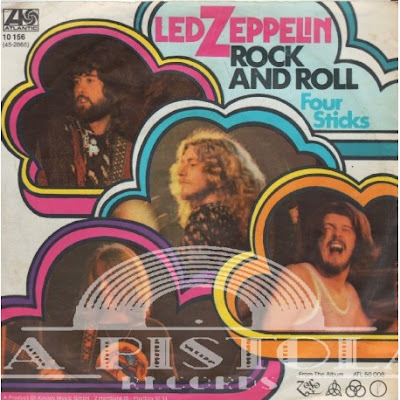 Today's tune "Rock And Roll" (Live at Madison Square Garden, New York, 1973). Taken from the album "IV". Released 8 November 1971. Today we also send some love up to heaven and remembering "Bonzo" who sadley passed away on 25 September 1980, the greatest and most influential rock drummers in history of all time in my book. Enjoy!

Listen to ”Led Zeppelin - Rock And Roll" on Spotify!