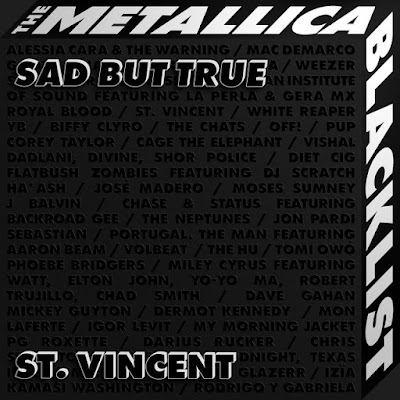 "Sad but True" is a song by American heavy metal band METALLICA. It was released in February 1993 as the fifth and final single from their eponymous fifth "Black Album". The music video for the single was released in October 1992.

"The Metallica Blacklist" celebrates the 30th anniversary and enduring influence of the iconic "Black Album", with one of the most ambitious projects ever conceived by the METALLICA team: An unprecedented 50+ artists spanning an unbelievably vast range of genres, generations, cultures, continents and more, each contributing a unique interpretation of their favorite Black Album song. All profits from "The Metallica Blacklist" will be split evenly between the All Within My Hands Foundation and 50+ charities chosen by the artists who play on the album. All music overseen by executive producer Giles Martin.

For a few weeks ago we had Jason Isbell who transform METALLICA’s "Sad But True" into a Breakneck Blues Jam. Jason Isbell and the 400 Unit’s contribution to the upcoming "Blacklist" tribute album. Read and listen here! 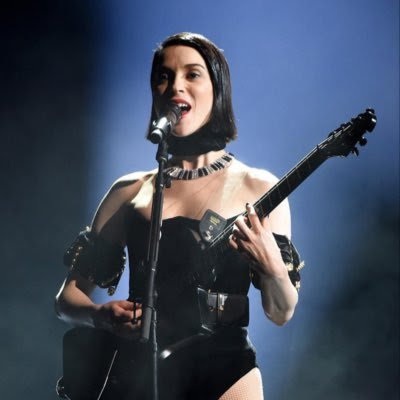 St. Vincent is one of the many contributors to the massive covers album "The Metallica Blacklist". Ahead of the compilation’s September 10 release, she’s shared her rendition of the METALLICAMETALLICA track “Sad But True.” Give it a listen below; this one is really good, totally oposit to Jason Isbell's version.

Along with its inclusion on "The Metallica Blacklist", St. Vincent’s “Sad But True” cover is the B-side to a Record Store Day 7". On the A-side is St. Vincent’s cover of NINE INCH NAILS’ “Piggy.”

On Saturday, September 11, St. Vincent will headline Pitchfork Music Festival 2021 at Union Park in Chicago, Illinois. Check out her web site for tickets.

Listen to ”St. Vincent - Sad But True" on Spotify!