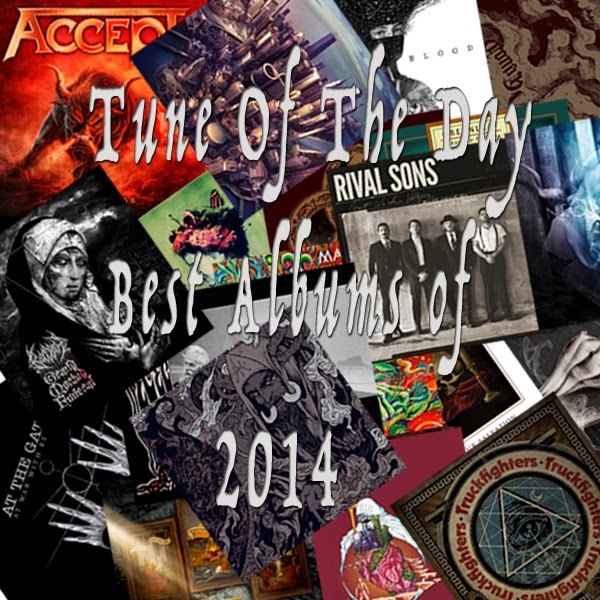 Now we almost reached the end of this year, December 20th and during this time of the year it's time to sum it all up with this year's best albums!

This have been a really, I mean really good year album wise, when I started to collect together all the good albums before this, I realized after a while that this does not really hold when you start approaching 3 digit :) Well after a few hours it starts to resemble to something like a top 20. It was really difficult task this year. In other words, it has simply been too much good records this year.

Many great records have unfortunately fallen off the list, but the music heart have decided and now when I look at it, it was not quite what I had expected from the beginning, which means that this list got to be very interesting. I am absolutely convinced that you not fully agree with me, but this is what I like. And luckily that the taste is divided, how else would it be.

First up we present this year's best albums between 20 - 11. Where you get the first 10 at once. Today's tune will be publish later on this evening. So here we go!


The old-school metal band ACCEPT, with their third album within the five years since their re-launch. ACCEPT shows once again that they still can deliver a excellent record.


Fuzzy rockers no One releases a nice piece of work with heavy riffing along with catchy lyrics.

Ancient Ascendant has dropped a powerful piece on the death metal scene. With it's
extremely effective technique will hook any Death Metal fans on this globe.

Empress Rising hooks you with it's, almost hypnotic way, around a huge layer of psychedelic space doom blended with a mix of stoner vibes and trippy heaviness that will take you off your dirty shoes and put you out somewhere else out there in the darkened space and leave you breathless.

Sweden’s masters of horrors Bloodbath with Nick Holmes (Paradise Lost) who now handles vocals shows that they still can make a record that will frighten most of the souls on this planet.

What a comeback record, that At The Gates is able to deliver a record like this after 19 years is pretty cool.

The Foo Fighters are back with a freakin' fun album. A decent fist-pumping rock'n'roll record.

Once More Round The Sun is a non-stop journey into the progressive jungle of crazy math-y "Mastodon". It is a brilliant continuation of "The Hunter" but still its completely different and on such higher level.

This dark beauty release is one of the better compositions of the year.