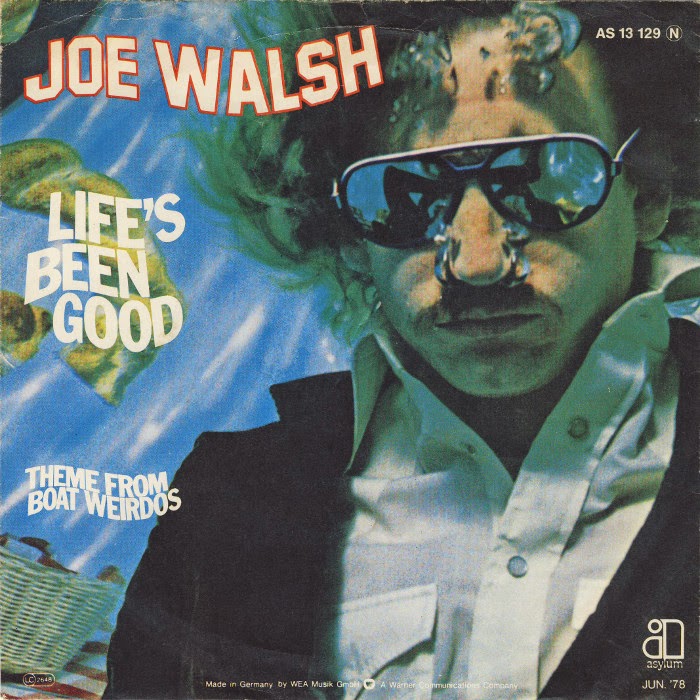 Sunday, time for a classic tune. Today we turn back the year clock to 1978.

"Life's Been Good" is a song by Joe Walsh, which first appeared on the soundtrack to the film FM. It was released as a single and appeared on Walsh's album But Seriously, Folks.... It peaked at #12 on the US Billboard Hot 100, remaining his biggest solo hit.

In the song, Walsh satirically reflects “I lost my license, now I don’t drive.” In fact Walsh explains that he simply lost his wallet and the driver’s license ("My Maserati does 185 (mph) / I lost my license, now I don't drive"). Also he adds the antics of all rockers of the era are reflected, such as the nod to Keith Moon and others: "I live in hotels/Tear out the walls."

The 1979 Rolling Stone Record Guide called it "riotous", and "(maybe) the most important statement on rock stardom anyone has made in the late Seventies."

At the end of the LP, there is a clip of an inside joke stating "uh-oh, here comes a flock of wah wahs", recorded from inside the studio. After the music has faded away into silence, there's a 10-second gap before the inside joke. That inside joke would also be included at the end of disc one of the Eagles' box set, Selected Works: 1972–1999. Made after Walsh had joined the Eagles, "Life's Been Good" was incorporated into that group's concert repertoire, appearing in shows at the time as well as reunion tours. It remains a staple of classic rock radio playlists.

In 2013 this song is sampled on Eminem's "So Far..." off of The Marshall Mathers LP 2, produced by Rick Rubin. 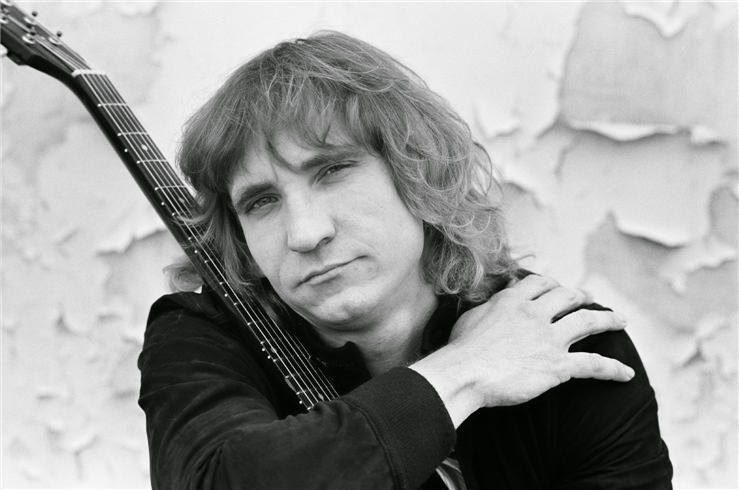 Joseph Fidler "Joe" Walsh (born November 20, 1947) is an American singer, songwriter, composer, multi-instrumentalist, and record producer. In a career spanning more than 40 years, Walsh has been a member of five successful rock bands: the Eagles, the James Gang, Barnstorm, The Party Boys, and Ringo Starr & His All-Starr Band. In the 1990s, he was also a member of the short-lived supergroup The Best. He has also experienced success both as a solo artist and prolific session musician, being featured on a wide array of other artists' recordings. In 2011, Rolling Stone placed Walsh at the number 54 spot on its list of "100 Greatest Guitarists of All Time."

Todays tune "Life's Been Good" taken from the fourth studio album "But Seriously, Folks...", Released May 16, 1978

Listen to ”Joe Walsh - Life's Been Good" on Spotify here!