Dark Funeral - Nail Them To The Cross 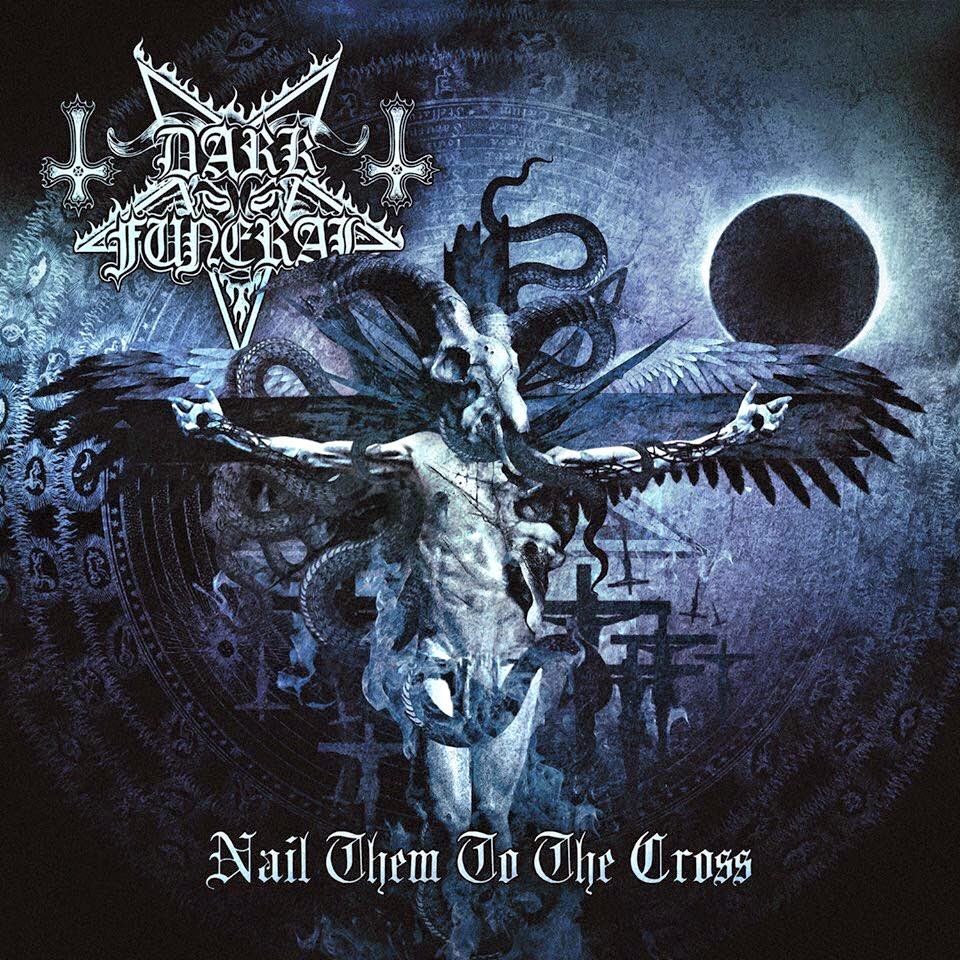 Swedish black metal miscreants, Dark Funeral have released a new video for the track “Nail Them To The Cross” via Century Media Records. The track is part of a limited 7″ single and along with another track will be unleashed sometime in 2015. Until then, you can check out the video down below.

"Nail Them To The Cross" was recorded at Dugout Studios in Uppsala, Sweden and was mixed and mastered by Daniel Bergstrand. The clip was directed by Owe Lingvall.

A strictly limited seven-inch single including "Nail Them To The Cross" and another new track will be released in early 2015.

Dark Funeral celebrated its 20th anniversary in 2013 with a number of festival appearances all over Europe. They were joined at the gigs by their "classic" vocalist Emperor Magus Caligula, who left the band on good terms for personal reasons in 2010. 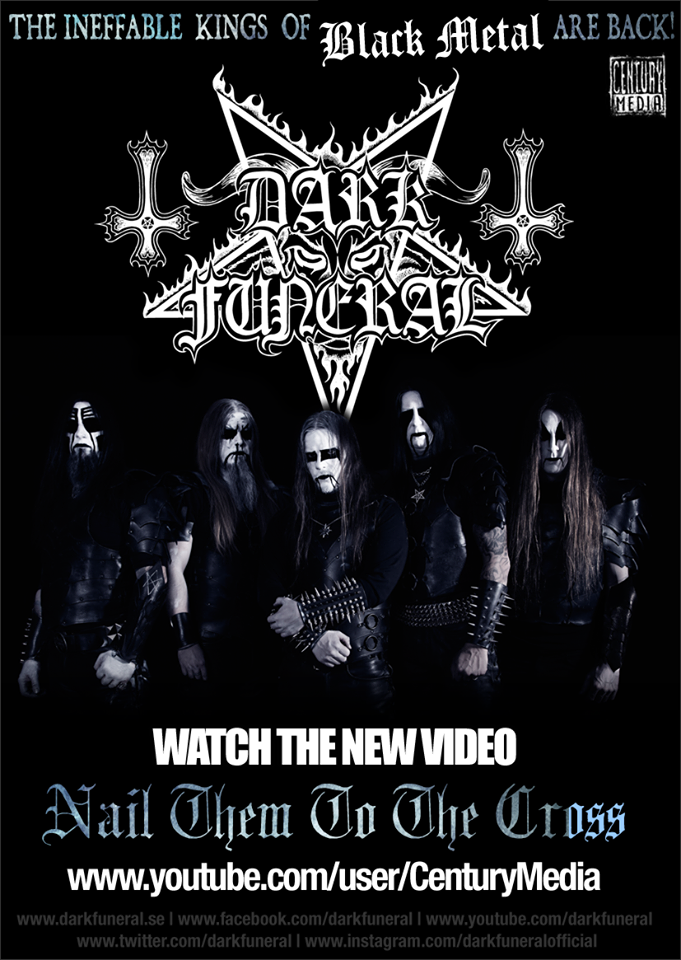 Formed in 1993 by Lord Ahriman, the band quickly gained massive underground support by being one of the most ferocious and fastest black metal acts on earth. Since then, they have spread their unholy gospel over the whole world and build up a loyal cult following from the coldest parts of the northern hemisphere to the hottest hell of Asia.

After an extensive and exhausting tour through Asia and Australia in late 2012, Dark Funeral parted ways with vocalist Nachtgarm.

Treading into this world, Natt has always had a strong, deep interest in music and the arts of the great unknown. Spending time during the nights, exploring, the Swedish ancient forests, avoiding the common mass that wander this simplistic world, made his relations and visions to that which lies beyond, stronger. Which is the same to this day.

Before Dark Funeral, Natt was a member of the Black/Thrash metal band Angrepp where he met his now close friends Adrian Lawson (Angrepp, IXXI)
and Fredrik Widigs (The Ugly, Marduk) and later on joined the deeply devoted Black Metal act, Withershin.

Natt: "Since the beginning of my time, here, in this world, there has always been, a strong connection,
towards the isolated parts of the soul, a connection within and beyond.A connection to what can not be seen, nor heard. To everything and nothing.To what is, and what is not, and that, which lies between.Outside the borders, of this life.

Beyond, yet within the acausal flame, in the night, I dwell, beyond the broken circle, outside of the causal mundane, yet not."

With roots in the second half of the 90’s black metal scene and with tentacles in bands such as highly respected Grá, Domgård and Cursed 13 comes a raw force from the underground.

Known as a fierce frontman, both on stage and on recordings with his previous bands, he will now step up and claim a seat in the throne room of Dark Funeral to inflict deep scars and infect wounds in the black metal scene. The name Heljarmadr derives from the old Scandinavian languages, simply meaning “a man belonging to hell”.

With long time experience in the arts of creating dark satanic music, he will play a key role in shaping the future vocal and lyrical direction of Dark Funeral. Expect nothing but excellence, pure darkness and uncompromising evil!


Todays tune "Nail Them To The Cross" is taken from the upcoming 7" single, set to release early 2015. Hail the goat!"

Listen to ”Dark Funeral - Nail Them To The Cross" on Spotify here!