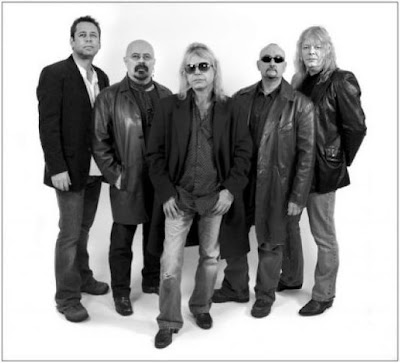 Magnum are a British Melodic Rock band from Birmingham, England.
Formed as a four piece band back in 1972 by Tony Clarkin (guitar), Bob Catley (vocals), Kex Gorin (drums) and Bob Doyle (bass). Magnum have had several changes in personnel over the years; however, the core of vocalist Bob Catley and guitarist/songwriter Tony Clarkin remain today. Other band members who are active in todays Magnum is Al Barrow on the Bass Guitar, Mark Stanway on Keyboards and Jimmy Copley on Drums & Percussion (Harry James on Drums atm when they are touring)Harry was a fulltime member of the British band Thunder.

Yesterday Magnum visit Stockholm and Debaser for a show. As for the 3:rd gig in Sweden on this tour, first in Malmö then Gothenburg and now finaly in Stockholm. The crew was a nice bunch of British guys, but they were a little bit pissed about yesterday as it didnt work out to well with the local crew. Anyway, the gear got in place and time for some soundcheck and holymoses... Bob Catley, the little man from Birmingham went on stage and he actually growed to a giant. His voice is intact even if you can hear that he has grown up. The opening act this evening was M.ill.ion a Swedish heavy metal band formed in 1989 in Gothenburg by bass player B.J. Laneby. According to B.J. Laneby the dots in M.ill.ion was used "just to mess peoples mind up" :) 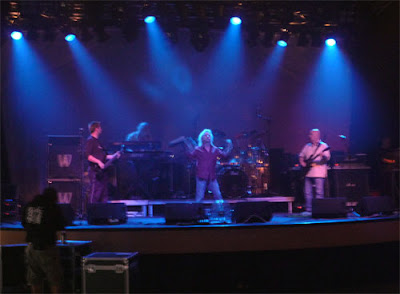 M.ill.ion did a pretty good show and got most of the crowd with them.
Magnum entred the stage just after 21:00, the evening started with a tune from thier latest album "Into The Valley Of The Moon King" called "Cry To Yourself" and followed with tunes as Take Me To The Edge, The Moon King and Brand New Morning, most of the tunes was from the new albums witch could feel abit wierd but in the end it felt pretty good anyway, it didnt really matter as this tour is for promoting the new album and its not a greatest hits tour as many other band does. But some older tunes came at the end of the gig anyway. Songs as Vigilante, Kingdom Of Madness and Don't Wake The Lion. A great part was the tune "Shame For The Bad Boy" witch is a Hard Rain song, (Tony Clarkin old band). 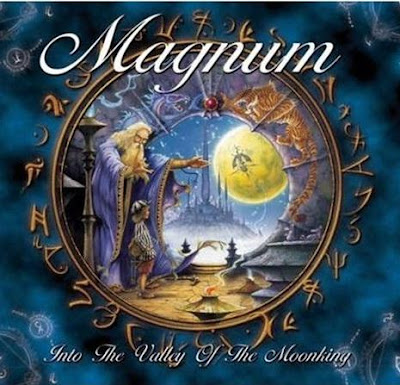 So the final review is that it was a great evening, not much to complain about and Magnum still rock!
Todays tune is a classic one that is very powerful called "Don't Wake The Lion (Too Old To Die Young)" from the album "Wings Of Heaven". The Video is (Live Hammersmith Odeon 26-3-1988)