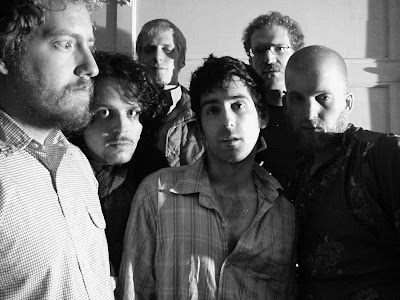 Blitzen Trapper is a Portland, Oregon-based experimental folk rock band. Formed in 2000, the band currently operates as a sextet, with Eric Earley (guitar/vocals), Erik Menteer (guitar/keyboard), Brian Adrian Koch (drums/vocals), Michael VanPelt, (bass), Drew Laughery (keyboards), and Marty Marquis (guitar, keyboards, vocals).
Blitzen Trapper self-released its first three albums. Blitzen Trapper released its third album, Wild Mountain Nation, in 2007 to much critical acclaim from critics such as Pitchfork Media, The Nerve, and Spin Magazine. The group signed to Sub Pop Records in the summer of 2007. The release of Furr in 2008 was a high-water mark for the group as their eclectic new songs received a two-page feature in Rolling Stone.

Blitzen Trapper also played at the Way Out West festival this year.