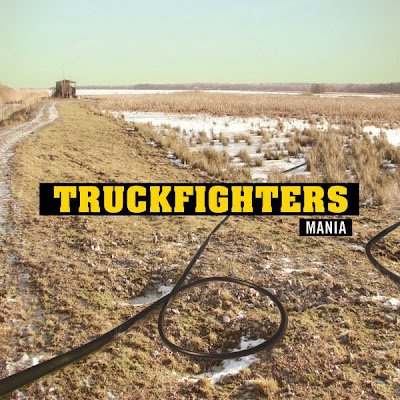 Truckfighters is a stoner rock band from Örebro, Sweden. After releasing several demos in 2001 and 2002, they recorded a split-EP with local Swedish band Firestone in 2003. In 2005 they released their debut album Gravity X on both MeteorCity Records and Fuzzorama Records. Their follow-up album, Phi, was released in 2007 by Poison Tree Records in the U.S. and on the Fuzzorama label elsewhere. Their sound has been described as classic desert rock, similar to bands like Dozer, Fu Manchu (with whom they have toured), and Kyuss. Their latest album Mania was released this year in May.

This is one of my favorite stoner band, so fasten your seat belts and hold your horses, here we go.

Email ThisBlogThis!Share to TwitterShare to FacebookShare to Pinterest
Etiketter: Stoner