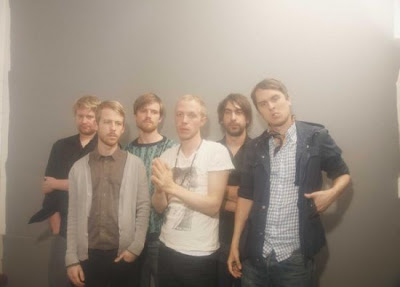 [ingenting] is a Swedish pop group from Stockholm with members from Florence Valentin and Chasing Dorotea. The band was created in 2003, has released 2 albums and the 3rd in on the way and should be released any day.
I got the latest album "Tomhet, idel tomhet" a week ago ("Thanks Niklas") and have been listen to it in my car and i must say that this is Swedish pop music at its absolute best, its a interesting album, the lyrics are well written and the music has great impassioned swing in the rhythms. Its a brilliant ten track pop album that is produced by Jari Haapalainen who worked with bands like Camera Obscura, Ed Harcourt and The Concretes. Have seen these guys live many times and it's a real body kick to watch, they really have a great swing in their music, the percussion part is just perfect for this type of pop.

Below is a picture from Way Out West this year. 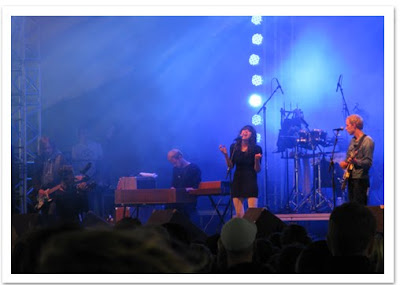 [Ingenting] is doing a secret gig tonight at 20:00 between "Liljeholmsbrons pelare" Liljeholmsbridge pillar (South of Stockholm).

Email ThisBlogThis!Share to TwitterShare to FacebookShare to Pinterest
Etiketter: Pop