Dream Theater - A Rite of Passage 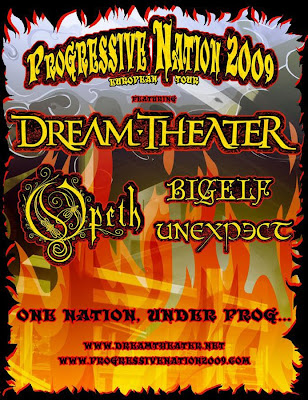 Today Dream Theater and the Progressive Nation Tour 2009 landed in Stockholm for a Gig at Hovet.
It was a pretty amazing day with a lot of things that happened.
First of all we had a load in that just went smoothly and a afternoon with a meet and greet with the guitarist John Petrucci at DLX Music in Stockholm.
John really took his time to meet up with the fans.
DLX Music also gave a nice gift, a cake to John to thank him for passing by. 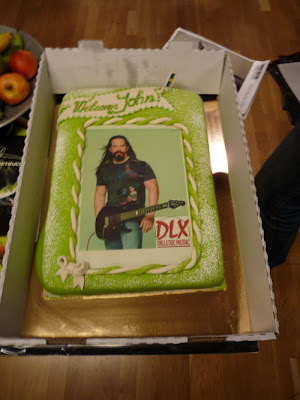 The rest of the evening and the performance was very interesting to see/hear.
The hole evening with the 3 other acts of this constellation did well,
more about that tomorrow. Dream Theater kicked as usal and im sure most of the fans who was there was happy and felt great about the show.
A funny thing was that the sound power went off 3 times in a row and its great to see that they really can cover things like this in a easy and great way.
Anyway, finally they got things in order and could continue the show,
songs like The Mirror/Lie, Sacrificed Sons, Wither, Forsaken,
In the name of god was a few tunes that was played.
To wrap this up in a nice package and end with todays tune
isn't as easy as it sounds, many things still left out
telling but i guess you guys already figure that i keep most of it untold :)
So todays tune is "A Rite of Passage" taken from thier latest album
"Black Clouds & Silver Linings" 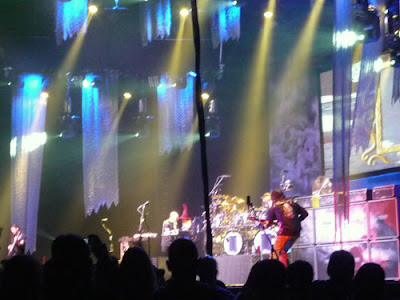