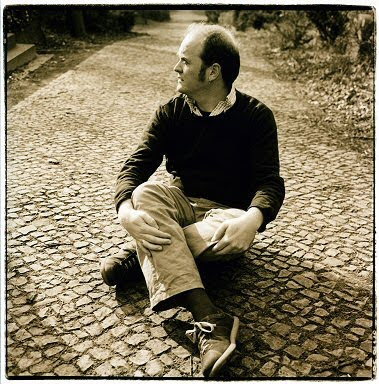 James Yorkston is a Scottish folk musician, born 1971.
Yorkston is primarily a singer-songwriter, although he also plays a variety of traditional songs. Yorkston started out as bassist for punk band Miraclehead, who morphed into the band Huckleberry who recorded a number of independently released records. In August 2009, James released his sixth album "Folk Songs".
This is an album of traditional songs, arranged and performed by James Yorkston & The Big Eyes Family Players

The first single from the Folk Songs album is Martinmas Time.
The single (7") is backed by a non album track - Nottanum Town, the single is a limited edition of 300. Each with individual hand made sleeves.
Enjoy todays tune "Martinmas Time"