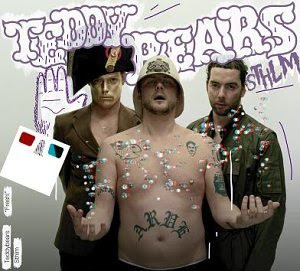 Teddybears preformed at Berns thuesday night at a free concert.

The place was totally crowded and the line outside were still damn long.
They entered the stage with bearheads all of em´except the drummers.
On the stage they stacked up lightsboxes looked like a marshall stacks
but there were lights in em´and they were all with small mirrors.
Just like the drums and the big Bearhead in the middle of the stage! :D

They begun with "Ahead of my Time" with Arve on the mic.
Then He begun to sing Automatic Lover and the crowd screamed. 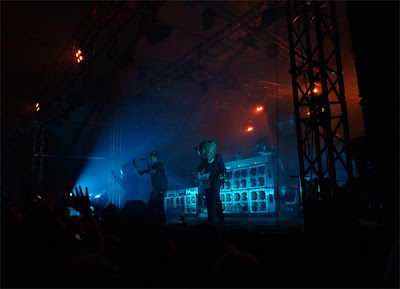 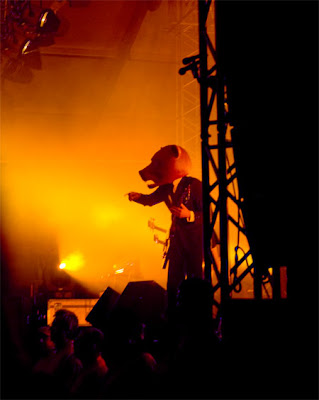 Then in the end Robyn danced out with a bearhead on her..
Something went wrong cos her mic broked or something
broke so she couldnt continue.
Pity!
So Cobrastyle, Rock N Roll Highscool and Punkrocker got lost.

Ah Well, behind the spotlight I had the ball, They rocked HARD!!!!