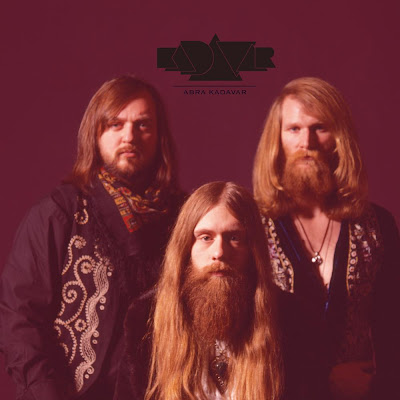 Then it was Monday again, time to present this week's Record of The Week.

This week it will be the German retro rock band "Kadavar" with the latest record “Abra Kadavar”. It was already with 2012’s eponymous debut album that Kadavar casted a spell on all fans of solid riff-driven yet doom-like 70’s hard rock à la Sabbath. Marrying this with the spacy psychedelic approach of early Hawkwind and mixing in a distinct own touch while preserving their icon’s warm vintage charm can doubtlessly be considered the trio’s key to success. The new album is prefectly suited for those with long beard :) and want to escape the 21st century’s soulless musical mishmash by entering the realms of “Abra Kadavar“, a down-to-earth handmade classic rock from a time when music still used to be true art!

The world’s leading scientists recently declared in unison: time travel can no longer be considered fiction but reality! Neither did their certainty originate from hypothetical thought experiments, nor from years of testing in isolated laboratories. It was the record of a rock trio from Berlin, Germany, that had dropped into the professors’ laps out of the blue and led them to proclaim joyfully: “Warm, intense, authentic – doubtlessly a gift from bygone times!” 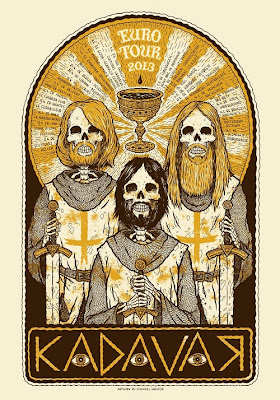 Listen to ”Kadavar - Come Back Life" on Spotify here!