The Resistance - Clearing The Slate 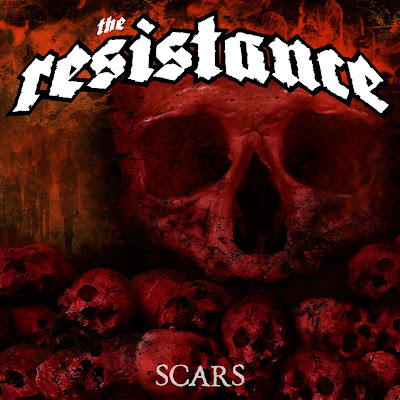 Todays tune might hurt as we have some first class in your face death metal, uncompromising and brutal like a karate chop. Luckily we are talking music and not physical violence. But pure and severe energetic music. We are talking The Resistance. The Swedish Extreme Metal band The Resistance's debut album was released May 10th, 2013. A first tour in selected major markets coincides with the date of release for "Scars", presenting the band to fans and media with full force.

The 12-track album is a pure reminiscence to the good old days of Swedish death metal back in the 80s/90s when berserk bands like Entombed, Grave or Dismember proved how insanely brutal and relentless, yet immensely captivating and technically adept extreme music can be. Well, apparently some established Swedish musicians did miss them, so they put things right: They brought back the old Swedish Death Metal. 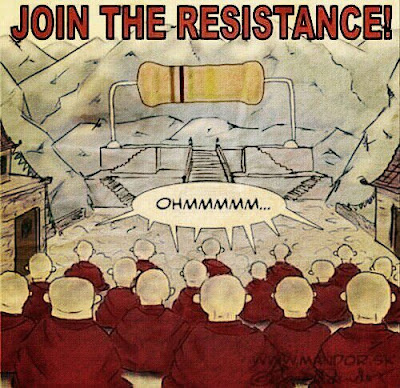 "If you listen to Entombed's "Left Hand Path" today, it still blows everything away. And it's over 20 years old," says Jesper Strömblad, main musical force behind Stockholm/Gothenburg based squad The Resistance, about an album classic that still gives him the shivers after all those years. Hang on a second: Jesper Strömblad? Rings a bell, doesn't it? Indeed, it's the former In Flames guitar player and founding member who quit the band in 2010 after 17 long and exhausting years.

But it is not all about Jesper in The Resistance. The band members' "CV" is as heavy as the sound of their new musical adventure. The four Swedish musicians carry a great legacy in the long Scandinavian extreme metal tradition. Jesper Strömblad, of course, is one of the "columns" of the huge Resistance sound. Together with Jesper, we find another ex member of In Flames - Glenn Ljungström, vocalist Marco Aro (ex-The Haunted, Facedown) and drummer Chris Barkensjö (ex-Kaamos, ex-Grave). 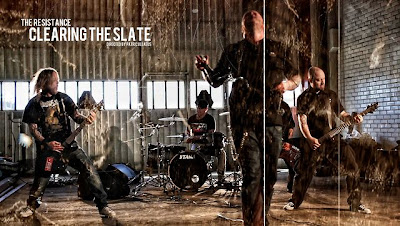 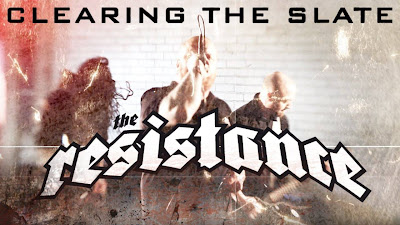 The Resistance will definitely be one of the extreme metal bands in 2013. A first insight into the band's sound was already serviced a few weeks ago when the critically acclaimed teaser- EP "Rise From Treason" was heralding the extreme metal year and blew away fans and media just alike.

The raw energy and brutal sound of "Scars" will be released on CD (as an elaborated digi-pack), on classic vinyl as well as a download. "Scars" is featuring brand new, never before released songs only.

Todays tune "Clearing The Slate" is the first official music video by The Resistance, taken from the new album "Scars".

Listen to ”The Resistance - Clearing The Slate" on Spotify here!