Bon Jovi - Because We Can 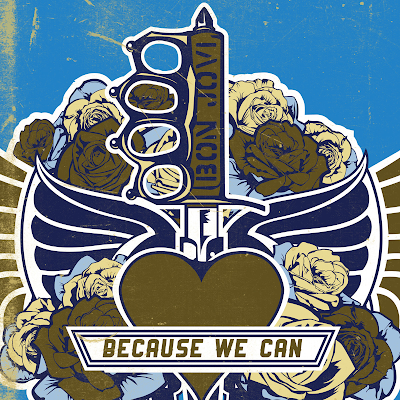 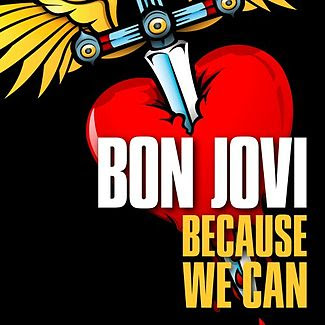 Yesterday they visited Sweden and Stockholm for a gig at Stockholm Stadium. With a pretty cool stage set and a very spirited Bon Jovi it became a really entertaining show. Support for the evening was the Swedish act "Satan Takes A Holiday". Here are some snapshots from the phone. 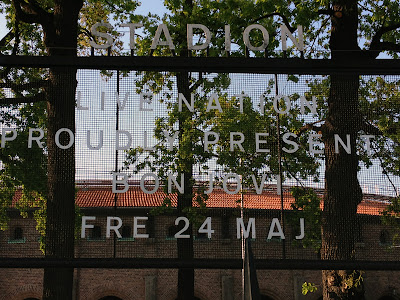 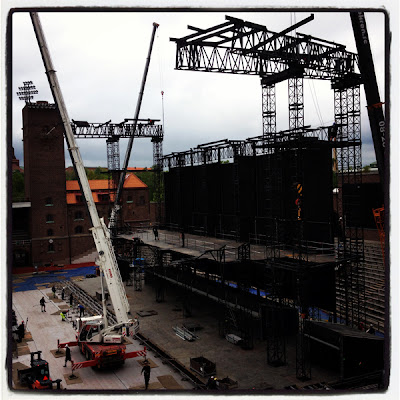 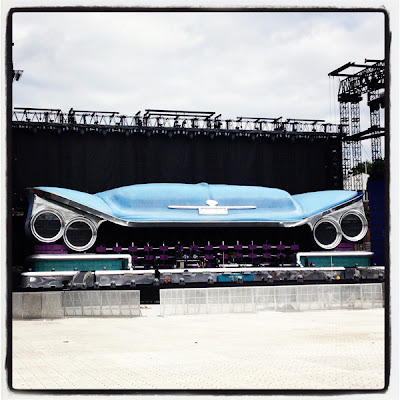 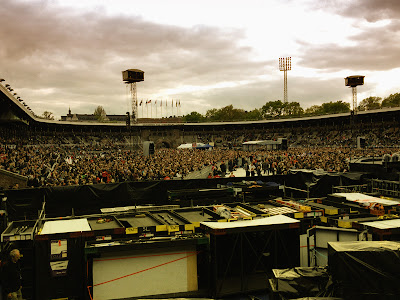 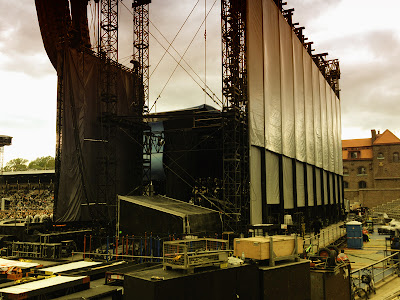 Bon Jovi is an American rock band from Sayreville, New Jersey. Formed in 1983, Bon Jovi consists of lead singer and namesake Jon Bon Jovi (John Francis Bongiovi, Jr.), guitarist Richie Sambora, keyboardist David Bryan, and drummer Tico Torres. The band's lineup has remained mostly static during its history, the only exception being the 1994 dismissal of bass player Alec John Such, who was unofficially replaced by Hugh McDonald. In 1986, Bon Jovi achieved widespread global recognition with their third album, Slippery When Wet. The band's fourth album, New Jersey was equally successful in 1988, and between 1986—1995, Bon Jovi had 13 U.S. Top 40 hits, including four number-one songs on the Billboard Hot 100: "You Give Love a Bad Name", "Livin' on a Prayer", "Bad Medicine", and "I'll Be There for You".

Other Top 10 record chart hits included "Wanted Dead or Alive", "Born to Be My Baby", "Lay Your Hands on Me", "Bed of Roses" and "Always". The success of Bon Jovi's 2000 single, "It's My Life", helped introduce them to a younger audience, as has the use of different styles in their music, such as the appearance of country in 2007's Lost Highway. Lost Highway debuted at number one on the Billboard 200, as did 2009's The Circle. On March 12, 2013, Bon Jovi released their 12th studio album, What About Now. Thus far, Bon Jovi has released 12 studio albums, plus three compilations and two live albums. They are one of the world’s best-selling bands of all time, having sold more than 100 million records and performed more than 2,700 concerts in over 50 countries for more than 35 million fans. 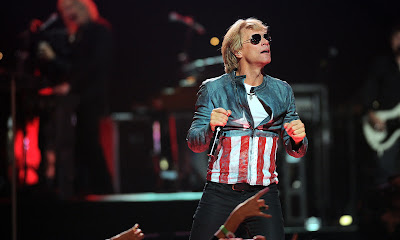 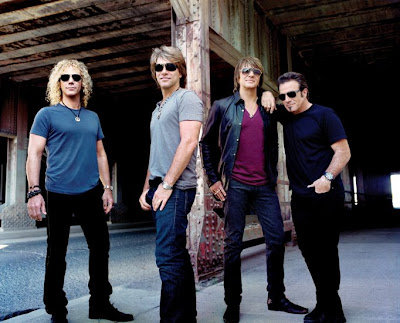 Todays tune "Because We Can" is the first single released from Bon Jovi's twelfth studio album, What About Now.

Encore:
Dry County
Wanted Dead or Alive
Have a Nice Day
Livin' on a Prayer

Encore 2:
In These Arms

Listen to ”Bon Jovi - Because We Can" on Spotify here!

Email ThisBlogThis!Share to TwitterShare to FacebookShare to Pinterest
Etiketter: Because We Can, Bon Jovi, Live, Photos, Rock, Satan Takes A Holiday, Setlist, Stockholms Stadion, Tour, What About Now