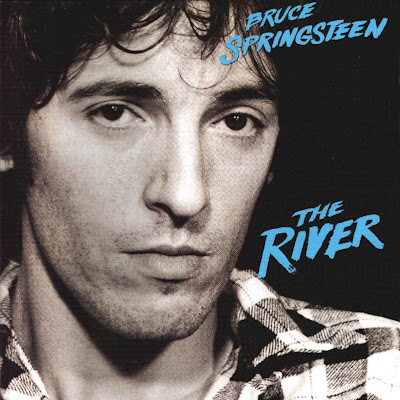 Sunday, time for a classic. Today there will be a bit special classic, considering that "The Boss" has visited Stockholm three times in a little over a week's time. He filled Friends Arena every night which is quite incredible that a man like this is so popular among Swedes.

The Bruce travels with the same stage setup as he have used during the previous years, shows how well oiled machine this production is, it all builds up smoothly by the same crew who rode with Bruce the last 10-15 years, I meet some familiar technicians that are very, i mean very friendly and always shares some wonderful stories.

Now I've seen Bruce on three occasions in almost a week, fun considering how flexible the guy is and how he will satisfy his fans by playing what they want to hear. It is enough that the guy sees a sign that has the text of a song and he goes on and plays it ... imagine what a tight band that knows the whole Bruce repertoire, that's the E Streetband.

Another cool thing was that he even chose a record from his long musical career and plays it from beginning to end, at first it was "Born to Run" that was played on Friday, then he dusted of "Darkness on the Edge of Town" on Saturday and last gig did he play "Born In The U.S.A" from beginning to end. 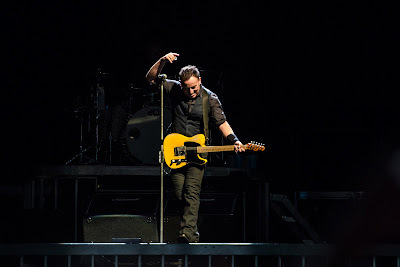 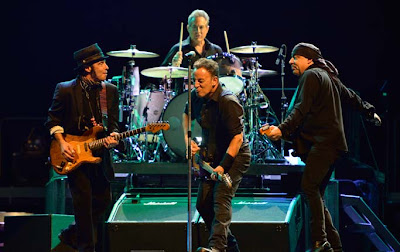 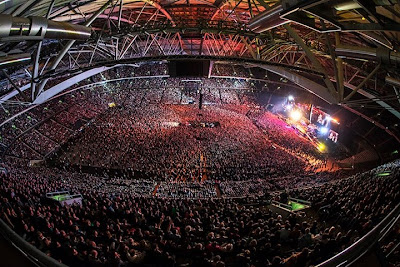 I wished that The River was played at the conclusion of Bruce Sweden visit, but you can not have everything, so there of we choose it as today's tune instead. So todays tune "The River" is a song written and recorded by Bruce Springsteen, accompanied by the E Street Band. It was the title track of his fifth album, The River, and was a hit single in parts of Europe. Its B-side was either "Independence Day" or "Ramrod," depending on the country.

"The River" was originally intended to be included on an earlier, one-record version of The River, tentatively called The Ties That Bind. The song itself was recorded at The Power Station in New York in July or August 1979. In the very first live performance of the song in 1979, Springsteen cited the inspiration as "my brother in law and my sister". In fact, the newly released biography "Bruce" by Peter Ames Carlin includes an interview with Bruce's sister Ginny in which she plainly states that the song is a precise description of her early life with her husband Mickey, to whom she is still married today.

"The River" became a centerpiece of shows on some Springsteen tours. On the Born in the U.S.A. Tour, it was often preceded by a long, intense story from Springsteen about his battles with his father growing up, that would sometimes conclude positively and sometimes not; the silence after the story would then be interrupted by the start of the harmonica part. One such story and performance, that also touched on the Vietnam War, was included on the 1986 Live/1975–85 set.

On later tours, especially in Europe, the song's outro was extended to great length, with audiences mass singing the wordless "oooh" parts at the end. On the 1999–2000 Reunion Tour, "The River" was cast in a different arrangement that featured a Clarence Clemons saxophone part; one such rendition was included on the subsequent Live in New York City album and DVD.

The song has been performed about 582 times through 2013.

Born to Run from start to finish

Darkness on the Edge of Town from start to finish

Born in the U.S.A. from start to finish

Born in the U.S.A.
Cover Me
Darlington County
Working on the Highway
Downbound Train
I'm on Fire
No Surrender
Bobby Jean
I'm Goin' Down
Glory Days
Dancing in the Dark
My Hometown 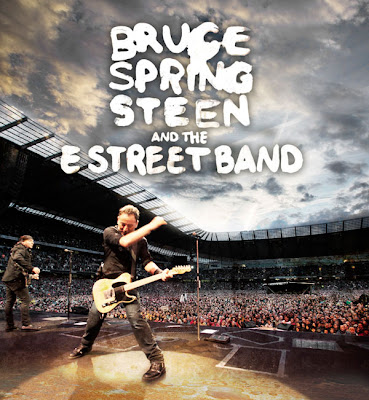 Listen to ”Bruce Springsteen - The River" on Spotify here!